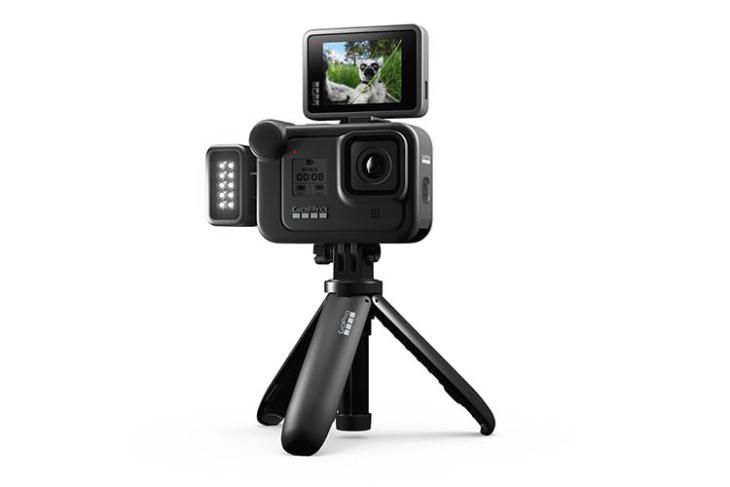 Popular action camera maker GoPro has launched its brand new action cam, the GoPro HERO8 Black, along with a bunch of cool Mods for the camera. The company has also launched an entirely new camera, called the GoPro Max which comes with dual lenses, and a bunch of interesting features.

The GoPro HERO8 comes with frameless mounting thanks to the new built-in mounting fingers that fold into the camera’s body when not being used. The company has also made the lens 2 times more impact resistant than before. 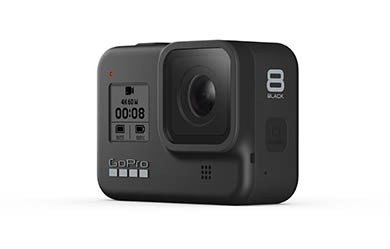 The HERO8 comes with a single physical lens, but there are four digital lenses that users can choose from. With these, users can select fields of view between narrow, linear, wide, and superview. There are also other improvements including better HDR in photos, LiveBurst mode, customisable on-screen shortcuts, and capture presets.

The HERO8 supports 4K60 video recording, and slow-mo videos in 1080p at 240FPS. There’s also RAW support in all photo modes in the camera, and 1080p Live Streaming support.

The GoPro HERO8 Black is priced at Rs. 36,500 in India, and is available to pre-order right now, with shipping set to begin from October 15.

GoPro also announced three mods for the HERO8 Black that can convert it into a full-fledged production powerhouse.

If you’re a vlogger, this might be interesting to you. The Display Mod attaches to the Media Mod and has a folding front (or rear) 1.9-inch display. When unfolded, vloggers can use it to frame shots and shoot vlogs, after which it can be folded out of the way. The Display Mod is also priced at $79.99.

For low-light conditions, the Light Mod will come in handy. This mod can attach to both the Media Mod, or a regular GoPro mount, and comes with a rechargeable battery, a diffuser, and 10m of water-resistance. The Light Mod is priced at $49.99.

The GoPro Max is another camera launched by GoPro. It comes with two lenses, and can be used in a bunch of ways. Obviously, the camera can be used as a single-lens GoPro with high stabilisation, in-app horizon leveling which eliminates the need for a gimbal. It can also be used as a 360-camera thanks to both its lenses. 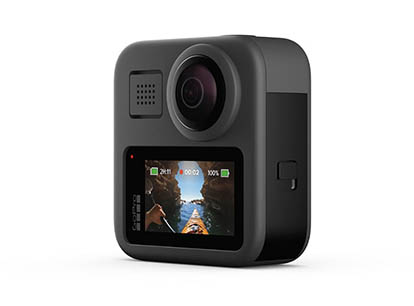 Plus, the company has improved the GoPro app to include a new reframe feature for 360 videos. Users can now reframe their 360 footage from the GoPro Max right on their phones, and use super-smooth pans and transitions.

The GoPro Max comes with a touch-screen, 6 mics for directional sound recording, and support for one-click 270° panorama shots.

The GoPro Max is priced at Rs. 47,990 in India, and is available to pre-order right now, with shipping set to begin from October 24.