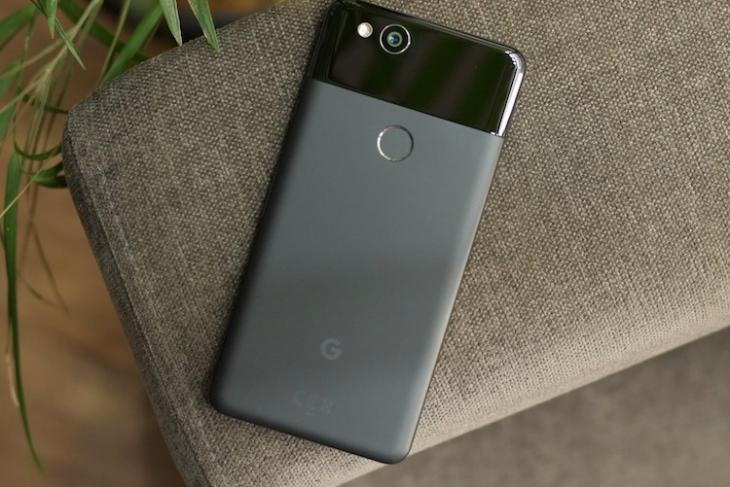 More rumours about Google’s mid-range Pixel phone have emerged after a recent tweet from tipster and tech journalist Roland Quandt. According to Quandt, the tech giant is prepping to launch a ‘mobile device’ based on the Snapdragon 710 early next year.

The Snapdragon 710 was announced earlier this year by Qualcomm, and will be first seen on the Xiaomi Mi 8 SE that was announced last week by the Chinese smartphone company.

Off to Taiwan for @computex_taipei today, but here's a tidbit for ya: Google is working on a "mobile" device based on the Snapdragon 710 currently scheduled for launch in the 1st half of 2019. Sounds like this might be the (or one of them) upcoming mid-range Pixel phone.

According to Quandt, the phone isn’t expected to launch this year, given that work on it started barely about a month ago. He also couldn’t confirm if Google has a separate mid-ranger in the pipelines for this year’s event where the company is rumored to launch multiple Wear OS devices alongside the Pixel 3 and Pixel 3 XL.

HMD/Nokia Mobile is working on a Snapdragon 710 based device to be released in the autumn/winter 2018 timeframe. Codename is "Phoenix". Oh and btw, the Google SDM710 based device apparently is called "Bonito".

However, given that rumors about Pixel-branded mid-range smartphones have been gathering momentum in recent times, it won’t be a massive surprise if this one actually turns out to be Google’s first mid-range Pixel smartphone that brings all the pure Android goodness without the premium price-tag.

It is worth noting here that Google has been rumored to launch a new mid-range Pixel device later this year, with reports in sections of the mainstream Indian media claiming that the product is being designed for ‘price-sensitive’ markets, and will be launched in time for Diwali.

Alongside the new mid-range Pixel, the report also indicated that tech giant is seriously exploring the possibilities of bringing its other hardware products to India, including the Pixelbook laptop and the Google Wi-Fi router alongside the entire portfolio from its home-automation brand, Nest, including products, such as doorbells, cameras, alarm systems, smoke detectors, and of course, the company’s famed thermostats.