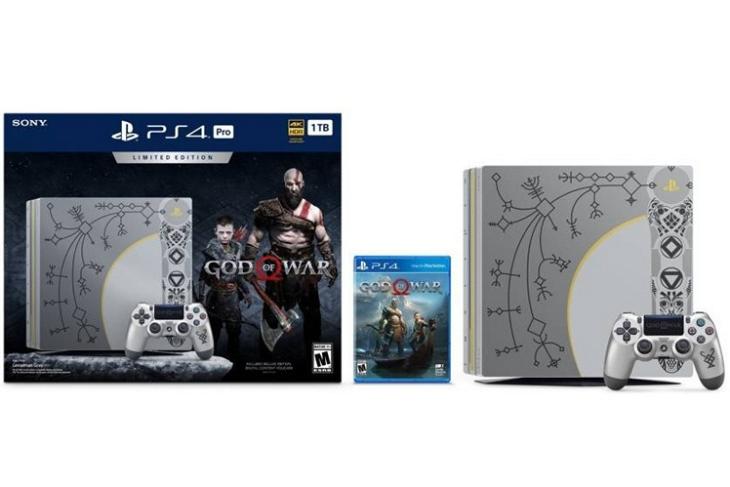 God of War is a PS4-exclusive action adventure third-party shooter that will officially launch on April 20. Sony last month announced the God of War Limited Edition PS4 Pro bundle, which is also expected to be released on April 20th, the same day that the game itself is slated for a global launch. In India, the device will only launch a week later, although, users can now pre-order it in the country.

In terms of pricing, Sony has priced it at a $100 (Rs. 6,500) premium over the standard PS4 Pro in the country, even though it costs the same as the standard PS4 Pro unit in most other regions around the world. That being the case, people buying the God of War Limited Edition PS4 Pro in India will have to pay Rs. 48,490, as opposed to the $400 (just over Rs. 26,100) price-tag it commands in the US.

Interestingly, however, Sony is making the device available in India almost simultaneously with its global launch (the 1-week delay notwithstanding), which is a departure from convention. The PS4 Slim in Glacier White and Gold / Silver were all officially released in the country months after their global launch.

Meanwhile, the God of War Limited Edition PS4 Pro is up for pre-order at all game stores both offline and online. In case you’re interested, you can book your unit right now on Flipkart, but do keep in mind that it will only start shipping from April 30th.

As can be seen in the image above, the God of War Limited Edition PS4 Pro bundle comes with a customized 1TB PS4 Pro console and a matching DualShock 4 controller. Both are available in Leviathan Grey, and are designed to reflect the axe of God of War protagonist Kratos. It also comes with a copy of God of War Day One Edition on Blu-ray.