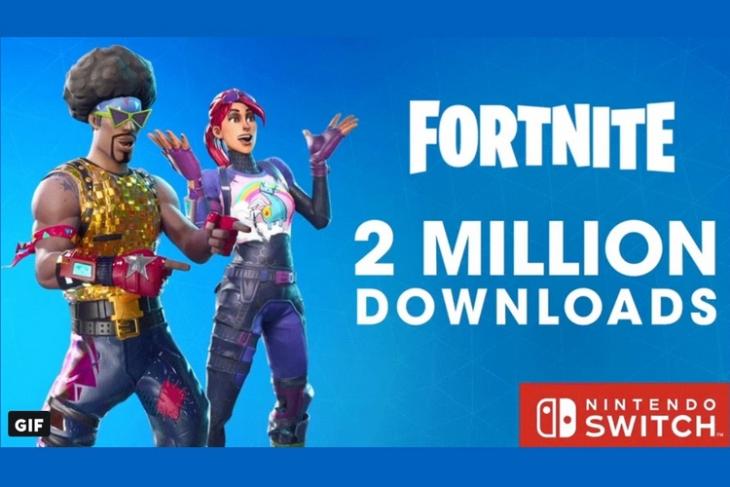 Nintendo has announced that Fortnight has been downloaded more than two million times on the Nintendo Switch within just 24 hours of its launch on the platform. The Japanese video gaming giant had launched the cult battle royale game on its latest gaming console just yesterday at the ongoing Electronic Entertainment Expo (E3) in Los Angeles. The game is also available on all other major platforms, including PS4, Xbox One, Windows, Mac, Android and iOS.

Thanks to all the #Fortnite fans who've already helped build up over 2 million downloads on #NintendoSwitch! Still haven't jumped into the Battle Royale? Download it today for free on Nintendo #eShop! https://t.co/4xKVx2J2mL pic.twitter.com/brunlnnP7N

In an interview with Polygon yesterday, Nintendo of America president, Reggie Fils-Aimé, said that the sheer volume of downloads in such a short span of time is because of its inherent portability and the ability to sync across multiple platforms – except PS4 – to unlock in-game items and progress

“Fortnite’s launch went extremely well — we had more than two million downloads in less than 24 hours. I think that speaks to the power of the franchise, the engagement of our players and the resonance of being able to play it anytime, anywhere”

Sadly, though, Sony is playing spoilsport by blocking cross-login and cross-play for Fortnite on the Nintendo Switch, and fans are venting their frustrations in no uncertain terms on various online message boards and social media networks.

You are currently keeping people who have spent money on your platform for Fortnite from playing their game on the switch.

You are punishing PAYING customers.

The days of your resistance to cross platform needs to end today.

It’s worth noting that the version that’s available on the Switch is Fortnite Battle Royale, and not Save the World, which Epic says won’t be launched on the platform.

In case you didn’t know it already, Save he World is the game’s cooperative experience mode, and is in paid early access on PC, PS4, and Xbox One. In fact, the battle royale version that has now become the biggest title in its genre by replacing PUBG, was originally only meant to be a PvP mode within Save the World, as was revealed earlier this year by Ed Zobrist, the ‎Head of Publishing for Fortnite.