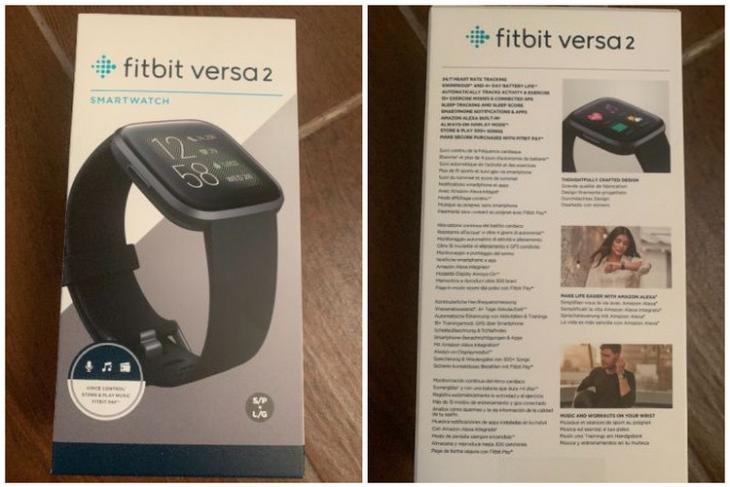 The Fitbit Versa 2 may be unveiled on August 25 before going on sale September 15. That’s according to a listing on OLX Blugaria, which has apparently also revealed a few of the new features of the upcoming device. Believed to have been uncovered first by Tizen Help, the massive leak also includes a series of live images that are said to be of the device itself, and of its retail packaging.

According to the listing, the Versa 2 will ship with a number new features and functionalities as compared to the original Versa, which was released last year to generally positive reviews from the media and consumers alike. Firstly, it confirms rumors that the device will support Amazon Alexa out-of-the-box, enabling users to get weather info, control connected items, conduct web searches and more through voice commands.

The device will also reportedly come with more than 18 exercise modes, including sleep tracking, heart rate monitoring and more. Fitbit is also apparently promising battery backup of more than 4 days, as well as enough built-in storage for more than 300 songs. The device is also said to support Fitbit Pay, the company’s own payments platform, which would allow users to make online purchases through linked credit and debit cards.

It will be interesting to see how the Versa 2 will fare in a market that is heavily dominated by the Apple Watch. While Fitbit has made a name for itself with its activity-focused fitness trackers, its recently-released Versa Lite budget smartwatch was apparently a sales disappointment according to Canalys, so the company will be hoping that its upcoming offering will fare better.