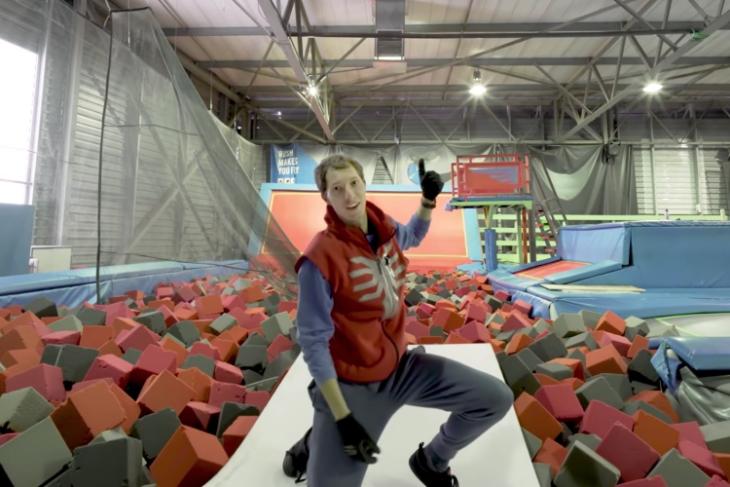 While superheroes in real life may not exist but emulating them has been an obsession for every teenager growing up. So, a YouTuber called Built IRL, who also goes by the name JT, took it a notch up by successfully making his version of Spiderman’s “web-shooters”. This allowed him to become Spiderman in the real world!

The guy was able to build a web-shooting system using some metal tubes, compressed propane gas, and some hooks. As a result, he became Spiderman in the real world just without the crime-fighting part.

Now, this is not the first time that JT had tried to emulate a superhero. Before he started working on Peter Parker, he was drawn to Bruce Wayne. JT had created a working version of Batman’s Grappling gun. This time around, his expertise gave us a web shooter which is as closest to the fantasy world as it could be.

JT attempted to make the web shooter earlier as well but the results were not what he dreamt of because of time constraints. So, in 2019, when he was preparing for his University thesis project in electromechanical engineering, he proposed the topic “investigating the possibility of Spiderman swinging as a novel form of locomotion”. Luckily it was accepted. Now, let’s find out how he managed to achieve the unachievable.

JT created a metal tube powered by compressed propane and a custom igniter that would launch a long cable which he calls the “hook chain” that secures with the help of the hooks attached to it when wrapped around a metal bar.

As each of these needed to be refueled, he made eight of these launchers allowing him to wear multiple launchers on a belt. Now that the mechanics were in place it was time to practice. After spending a whole week in an indoor trampoline facility, JT managed to complete two and a half grapples and landed on his feet.

Now, it may not be as smooth as Peter Parker’s swings but it’s pretty darn impressive to watch a real human swinging like that. Makes me wonder if it’s possible to see people swinging like that from skyscrapers in the next 20 years! In the meantime, you can check out JT’s video on YouTube to see his journey of building the real-life Spiderman web-shooters right below.