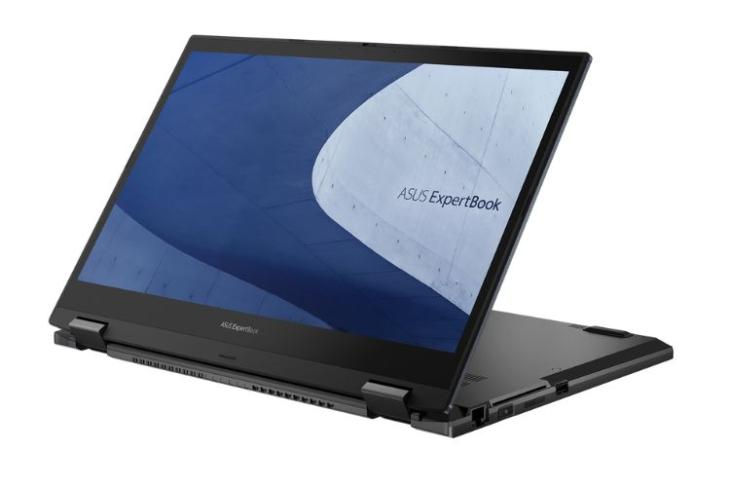 Asus has launched the new ExpertBook laptop series in India. The lineup consists of the ExpertBook B2, B3, B7, and B5 laptops, all coming with Intel 12th Gen CPUs. Meanwhile, the company has also refreshed the ExpertBook B14 and B9 with the new 12th Gen Intel processors. Check out the details below.

Asus ExpertBook B7: Specs and Features

The Asus ExpertBook B7 is meant for on-the-go usage and features a 14-inch QHD+ display with a 16:10 aspect ratio, and the ASUS Private View display feature. The anti-glare display comes with a layer of Corning Gorilla Glass. The B7 Flip also has a 360-degree hinge and support for the Asus Pen.

It packs the 12th Gen Intel Core i7 28-watt P-series processor, along with the Intel Iris Xe graphics. There’s support for up to 64 GB of DDR5 RAM RAM. The laptop also comes with 5G connectivity, Wi-Fi 6 with ASUS Wi-Fi Master Premium, and Bluetooth version 5.2.

The ExpertBook B7 gets an IR HD camera with a privacy shield, noise cancelation tech, and more. As mentioned earlier, there’s support for various security features too.

Asus ExpertBook B5: Specs and Features

The laptops come with a 14-inch Full HD display with up to 400 nits of brightness, a 16:9 aspect ratio, and are anti-glare in nature.

Asus ExpertBook B3: Specs and Features

The ExpertBook B3 Flip comes with a 360-degree hinge and a 14-inch screen with TÜV Rheinland certification. It has a 12th Gen Core i7 processor, along with up to 32GB of RAM and 2TB of SSD. Its web camera supports a two-way AI noise-canceling technology and 3D noise-reduction (3DNR) technology.

There’s also support for an optional garaged stylus, expandable storage, and a variety of I/O ports. The laptop comes with MIL-STD 810H US military standards.

Asus ExpertBook B2: Specs and Features

There’s support for up to 64GB of RAM and 512GB of SSD storage. The ExpertBook B2 laptops come with an IR HD web camera with ASUS AI noise-canceling technology and face recognition. The laptops also come with a smart card reader, a backlit keyboard with ASUS SensePoint pointing nub, the ClearVoice Mic/Speaker feature in the MyASUS app, and more.

As for the Asus ExpertBook B9 and B14, they now come with the 12th Gen Intel Core i7 processor, up to 48 GB of RAM, hybrid SSD + HDD storage support, Thunderbolt 4, ASUS’ two-way AI noise-canceling technology, MIL-STD 810H US military standard, and more.

The new Asus ExpertBook series can be bought via the Asus Commercial Partner. There’s no word on the price as of now.