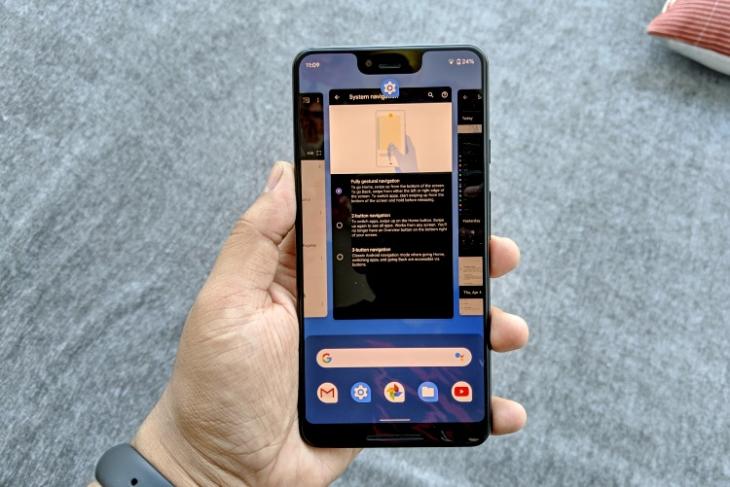 After receiving ample criticism for its pill-based navigation gestures, Google decided to introduce new fullscreen gestures with the Android Q Beta builds. These new gestures appear to have been inspired by iOS, but they were half-baked and didn’t sit well with hamburger menus (or navigation drawers) that can be found in many Android apps.

While the new navigation gestures are handy and make it simpler for you to navigate around the device, the swipe gesture for going back renders your navigation drawers useless. Though Google has included measures in its API for developers to tweak how navigation drawers will be handled when using the new fullscreen gestures, it would essentially not work on apps that haven’t been updated based on these guidelines.

This means you will be left with a sour taste in your mouth as the app would mostly quit when the new back gesture is used. This could get frustrating really quickly, but Google is aware of the problem and has already come up with a solution.

As revealed by Android Developer Relations member Chris Banes, Google will tweak the behavior of navigation drawer with the upcoming Android Q Beta 5 build. There will be 2 key changes in how the interaction with the navigation drawer is handled.

Firstly, Android Q Beta 5 will get a new ‘swipe-when-peeking’ behavior where you will be able to tap on the edge of the display, hold for a second, and see the navigation bar peek at you. Once it does that, you can swipe to open the same else you can just quickly swipe to go back.

In his tweet, Banes explains the new functionality saying, “Users will be able to open the drawer by peeking the drawer, and then swiping.” The best part of this implementation is that it will work with older apps that haven’t made changes based on the new gestures as well. You might not have to stretch your fingers to the top edge to access the navigation drawer after all.

🚧 The drawer behavior is changing. Users will be able to open the drawer by peeking the drawer, and then swiping. Big benefit is that this works with existing apps with "old" DrawerLayout versions. pic.twitter.com/WVyOzQFzHO

Secondly, Google is changing the way apps can block the swipe gesture and no, they can no longer block the entire sides as they could do in previous beta builds. The developers can now only leave out 200dp of space on the edges, that too on the bottom, which does sound like enough for opening the navigation drawer.

Well, Google seems to be working to find the best solution to curb the navigation drawer issue and would be pushing out the changes before the release of the final APIs and the stable beta build.