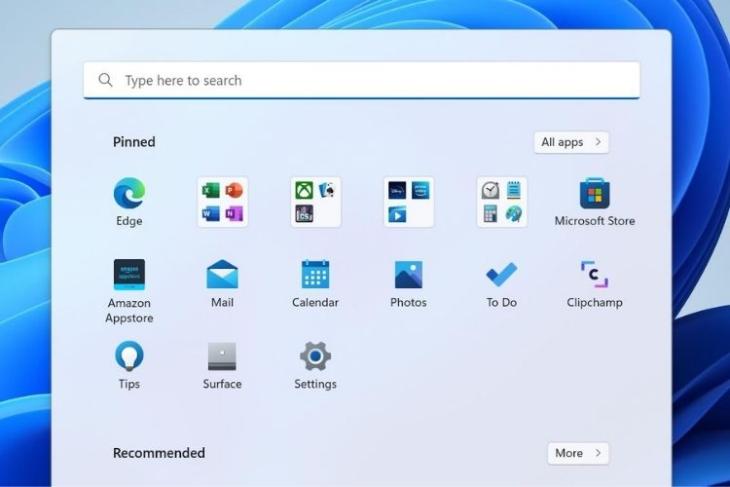 Microsoft brought several new features and improvements to all Windows 11 users with the February update recently. But, the company is in no mood to slow down. It is now rolling out Windows 11 Preview Build 22557 to Insiders in the Dev Channel, and it brings a number of new features. This Insider build not only includes the new Task Manager redesign, which was spotted recently, but also the ability to make folders in the Start Menu, new touch gestures, Live captions, Snap improvements, and much more. Keep reading to learn about all the new features in Windows 11 build 22557.

A new Task Manager UI with fluent design and dark mode support was recently spotted in an Insider build. Well, Microsoft has made the redesign official with Windows 11 build 22557 today. “We have updated the design of Task Manager to match the new Windows 11 design principles,” says the official blog post.

As you can see in the screenshot below, the Task Manager now includes a hamburger menu, a command bar with common actions, and even a new settings page. Microsoft has also brought back Eco mode with a new name – Efficiency mode in the Task Manager in this build.

In line with recent rumors, the latest Windows 11 Insider build also brings the ability to create folders in the “Pinned” apps section of the Start Menu. As shown in the featured image, you can now “drag an app on top of another to create a folder. You can add more apps to a folder, rearrange apps within a folder, and remove apps from a folder,” says Microsoft.

Another key feature addition in Windows 11 build 22557 comes in the form of new gestures for PC with touchscreens. We won’t go into the details of each gesture, which you can read about in the blog post linked below. However, the new touch gestures enable you to invoke and dismiss the Start Menu, move between pinned and All Apps sections, open and close Quick Settings and the Notifications panel, and a full-screen gripper.

Microsoft completely redesigned the Taskbar and Start Menu with Windows 11. And while the change has been welcomed by open arms by many, the Taskbar was missing some popular features at release. The company is fixing that one update at a time. A recent update brought the Taskbar clock back to secondary monitors. And now, build 22557 has enabled drag and drop support on the Windows 11 taskbar.

“Quickly drag and drop files between app windows, by hovering over apps in the taskbar to bring their windows to the foreground,” says the blog post. You can also drop files and folders to the desktop with this action. While this feature is under testing, you can use this tutorial to learn how to drag and drop files on the Windows 11 taskbar in the meantime.

This is a feature-packed Windows 11 Insider build and it’s not possible to cram everything into this article. But other important features you should know about are as follows:

There are even more improvements and feature additions available in the Windows 11 Build 22557, and you can read about them from the official blog post right here.