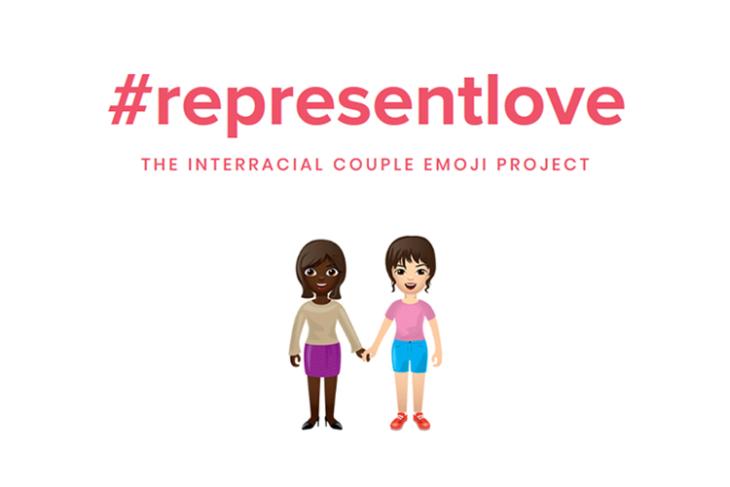 While there’s an emoji to represent almost everything these days, popular dating app Tinder believes that one significant group has been left out by the Unicode Consortium- interracial couples. In order to include interracial couples, Tinder has launched an online campaign to officially add an interracial couple emoji to the existing emoji character set.

“Emojis are the universal language of the digital age. We use them to show our emotions, to give clarity and context to our conversations, and to represent the world around us. It may seem like there’s an emoji for everything, but that’s not the case. While emojis for people of color and emojis for same-sex couples both became a reality in 2015, one group of people is still excluded from emoji representation: interracial couples. At Tinder, we believe that no one should ever feel unrepresented or unseen. Love is universal, and it’s time for interracial couples to be represented in our universal language.”

The campaign, called Interracial Couple Emoji Project, suggests 21 combinations of one basic emoji concept- the couple with a heart between the. The combinations will account for various gender and race combinations and is expected to include all categories that aren’t currently represented.

The company acknowledges that implementing the combinations could be “technically challenging” but argues that major tech companies like Apple, Google, and Microsoft have “some of the top technical talent in the world” and if anyone can implement the combinations it’ll be someone from one of those companies.

Tinder’s proposal includes a detailed petition on change.org which is backed by key influencers in the tech world, including Reddit co-founder Alexis Ohanian and Jennifer Lee. As of now, it isn’t clear as to how the Unicode Consortium will take Tinder’s campaign, but the organization has been receptive of such movements in the past. Back in 2015, the Unicode Consortium added same-sex couples and skin tone modifiers following a similar campaign.