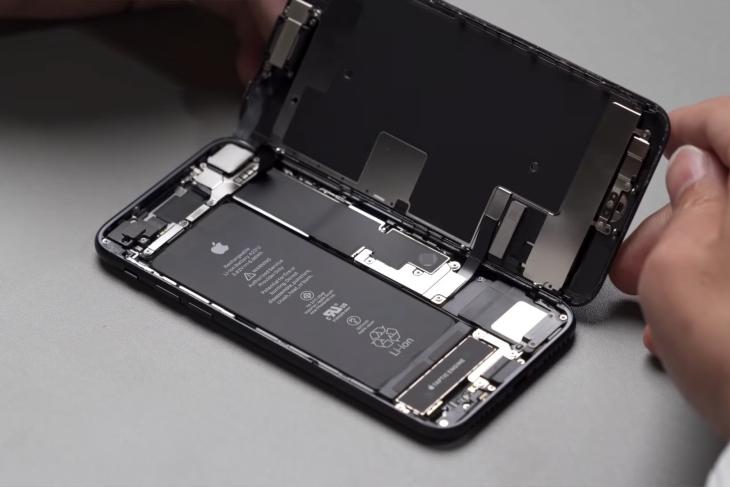 After a lot of anticipation and rumours, Apple finally unveiled the iPhone SE 2020 recently, making it the cheapest iPhone in their line-up. Now, tearing down the new iPhone SE reveals that it is basically an iPhone 8 chassis with an upgraded motherboard and nothing more.

In a video (below) by Wenzhou Ao Technology (translated from Mandarin), the host took apart the new iPhone SE and the 2017 iPhone 8 side by side to compare the two devices. And it looks like they are similar to each other in more ways than you can think.

Now, the video above is in Mandarin, but you can turn on the English subtitles to bridge the language barrier. So, the host of the video started the teardown process of the iPhone SE by taking out the SIM tray and taking the display apart.

So now, with the iPhone 8 motherboard and battery in place, the host powered on the iPhone SE and to no one’s surprise, it turned on and worked as it should. The speakers, the display and the haptic engine, all worked fine. However, the main problem was the camera. When the user turned on the camera of the iPhone SE, it was blank as it could not operate with the inferior A11 Bionic chip onboard instead of the latest A13 Bionic. This prevented the rear camera to work properly, however, the front camera is seen to be working fine.

So, with this teardown and mix-and-match video, we understood that Apple did not upgrade any of the hardware components of the iPhone 8 other than the camera and the motherboard to make the iPhone SE 2020. Hence, the Cupertino tech giant just gave the iPhone 11 series SoCs inside the iPhone 8 body. This is probably the primary reason for the cheap price tag of $399 for the iPhone SE 2020.