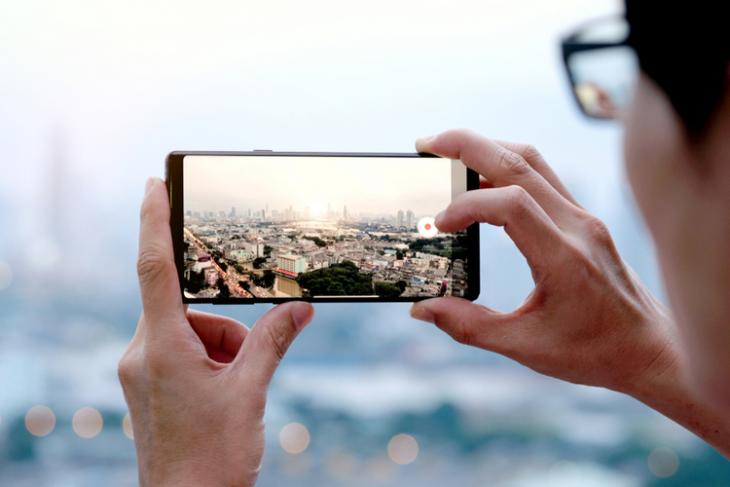 Sony has unveiled a new technology that it says will bring high-speed focus, high-resolution, high-sensitivity and high dynamic range to its mobile image sensors. In an official blog post published earlier this week, the Japanese tech giant said that the ‘2×2 On-Chip Lens (OCL)‘ technology is a new pixel structure that will help build a “high-performance image sensor with high image quality through optimization of the device structure and the development of a new signal processing technology.”

To achieve the new pixel structure, Sony says it placed a single condenser ‘on-chip lens’ instead of four on top of adjacent pixels of the same color. The difference in arrangement, seen in the composite image below, would allow for better PDAF, largely because phase differences can now be detected across all pixels. As a result, the sensor can focus on even small objects with high accuracy, claimed the company.

According to Sony, “2×2 OCL is able to detect phase differences across all pixels, which makes it possible to integrate more information and achieve a stable focus performance.” The company also claimed that unlike conventional phase detection, which could only separate the pixels laterally for detection, the new technology is now able to detect vertically as well as horizontally, which enables high-speed auto-focus using phase differences in every situation.

Sony has been one of the leaders in the mobile image sensor market, and the company hopes that the new technology will help extend its lead in the segment by soon offering users the ability to capture sharper and more vibrant images. Though there’s no official word on when the image sensors with 2×2 OCL technology will find their way into mobile phones, Engadget reports that Oppo will use a custom sensor with this technology in its flagship (possibly Find X2) launching next year. We will definitely get more information on the subject in the days ahead.