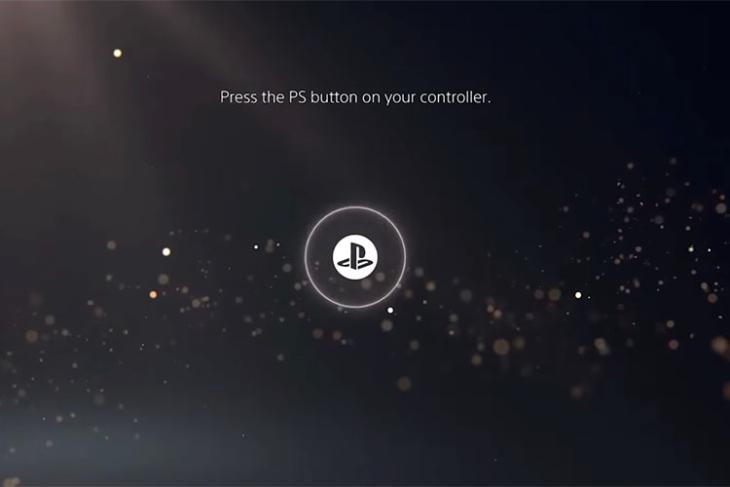 At its ‘Future of Gaming’ event, Sony showed off some impressive PS 5 games, and revealed the PS5 design. However, the company also teased the new user interface for the PlayStation 5.

In a short clip during the event, the company showed the new ‘Press the PS button’ prompt, along with fresh animations and sounds. Later, in a LinkedIn thread, Sony’s VP of UX design Matt MacLaurin explained more. In the thread, MacLaurin describes the new interface as a “100 percent overhaul of the PS4 UI and some very different new concepts.”

Not having seen any of the UI elements of the PlayStation 5 other than the brief teaser, I can’t say for sure that I will like the PS5 UI. However, I do hope the UI is improved in meaningful ways. While I already like the UI offered by the PS 4, there is scope for improvement there. So I hope Sony has worked on those minor, but annoying aspects of the UI.

MacLaurin explains “as it’s UI it’s practical first, but it’s a whole new visual language and a complete rearchitecting of the user interface.” His LinkedIn thread also says that the new OS is “more subtle than flashy, but no pixel is untouched.” Those sound like reassuring words to me.

Either way, we probably won’t have to wait too long for Sony to reveal the PlayStation 5 UI. MacLaurin says that the team will show off the new OS soon. Sony has been real slow with PS5 updates, but hopefully the company’s reveals will not speed up.