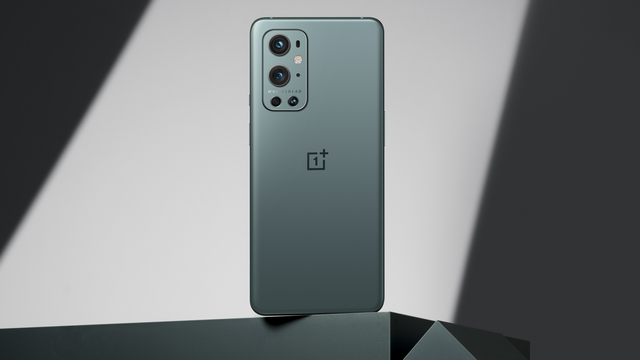 Android 12 has started reaching more non-Pixel phones. After the Samsung Galaxy S21 series and even the Galaxy Z Fold 3/Z Flip 3, the OnePlus 9 and 9 Pro are the latest ones to get the stable Android 12 update. This new update comes with the OxygenOS 12 skin on top and is rolling out as an incremental update in India.

OnePlus, via a post on its forum, has revealed that this is an OTA update and will eventually reach all users. It has already started rolling out to a select few users. The update’s rollout was first spotted by XDA Developers. It is also suggested that the new “OxygenOS 12 based on Android 12” update is 4.04GB in size.

The update brings a number of changes to OxygenOS. There are the new desktop icons with improved textures, which take cues from Android 12’s design. It also offers dark mode in three adjustable levels, allowing users to customize the UI experience.

OnePlus’ Shelf section has seen new additions too. It now has the new style options for Cards for better readability and visuals, a new Earphone Control Card, and the OnePlus Watch Card. It also has access to OnePlus Scout to easily access apps, settings and more.

The Work-Life Balance feature is now available for all users. The new Work-Life 2.0 comes with the ability to switch between work and life modes easily via Quick Settings and personalized app notification profiles based on specific locations, Wi-Fi networks, and time. The Photo Gallery now comes with support for the two-finger pinch gesture to switch between different layouts. It also recognizes the best-quality images and based on the content, arranges the thumbnail in a pleasing way.

The Canvas AOD feature now lets you customize the lock screen with new styles and color adjustments. It also supports improved face recognition to better identify the features and colors of different people.

You can check if the update is available by heading to the Settings -> System -> System Updates. While updating, make sure to back up your data, just in case. Also, do let us know if you have started getting the update and whether or not you are planning to install it.