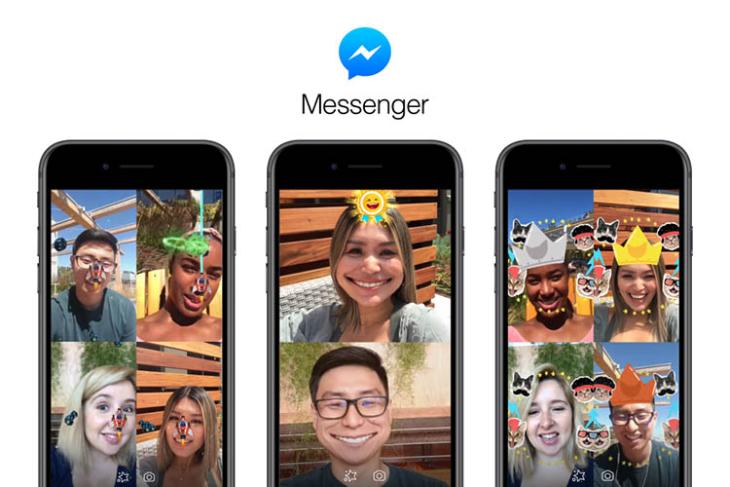 Facebook is not ignoring Messenger in its bid to keep WhatsApp and Instagram updated with new features. Facebook has introduced a new feature for the app which will allow users to play games with each other in real time in augmented reality. The new feature, which will be part of Messenger’s video chat was recently announced in an official blog post by the company.

In the post, Nora Micheva, Product Manager at Messenger wrote:

“Today we’re excited to make connecting with your friends in video chat even more fun – and competitive! – with multiplayer video chat AR games.”

As mentioned earlier, the new multiplayer AR games are part of Messenger’s video chat and can be started by tapping on the star button within the video chat. The feature has already started rolling out to all users and currently features two AR-based titles – ‘Don’t Smile’ and ‘Asteroids Attack’. While Don’t Smile is essentially a virtual version of the classic staring contest, Asteroids Attack allows users to steer a spaceship using their nose while avoiding obstacles.

The games can be played by as many as six people at the same time and Facebook plans to introduce new titles, including Beach Bump and Kitten Kraze, in the near future. If you wish to try out the new video chat AR games, make sure you have the latest version of Messenger, open an existing conversation or find a person to chat with, tap the video icon and then simply tap on the star button to select one of the available games.

As soon as you select a game, the person you’re chatting with will receive a game notification which they can tap to start the game. Since Facebook has just started rolling out the new feature it’s quite possible that you might not have received it yet. In case you haven’t, you’ll have to wait until the update is rolled out in India before you can play the new AR games with your friends.