Huawei is going to unveil the new P30 and P30 Pro on 26th March 2019 at Paris, France. The date has been made official by the company and just yesterday, it has also opened the live stream link of the event on its official YouTube channel. The new P30 and P30 Pro phones are some of the worst kept secrets in Huawei history. And while we are expecting some surprises, we already know almost everything about the new phones. From its design to its specs to its pricing, everything has been leaked over the past few days. So, if you are not patient enough to wait for the official keynote, here is everything we know about the new Huawei P30 and P30 Pro:

Regular readers of our smartphone reviews might know that we follow a structure which makes the reviews more streamlined. Well, since we already know almost everything about the new phones, we will be following the same structure. First, we will take a look at the leaked specs of the phone. Then we will move onto the design, performance, and finally to its pricing and availability. Consider this article as the preview of the Huawei P30 and P30 pro.

Both the Huawei P30 and P30 Pro will be powered by the Huawei’s in house Kirin 980 processor. The Kirin 980 is an octa-core processor built on the latest 7 nm architecture. There are four Cortex-A76 cores two of which are clocked at 2.6 GHz and two at 1.92 GHz along with four Cortex-A55 cores clocked at 1.8 GHz. We have already seen the processor in recently released phones such as the Huawei Mate 20 Pro and its great. The chipset is both fast and efficient. It will be paired with Mali-G76 MP10, 8 GB of RAM and 256 GB of storage.

Talking about the display, the Huawei P30 Pro will be packing a 6.47-inch OLED display with a resolution of 1080*2340 pixels and a 19:9 aspect ratio. The big USP of the Huawei P30 Pro will be the cameras as the phone will be packing a quad-camera set up at the back which will support 10X lossless zoom. That is something unheard of in a smartphone and consumers will certainly appreciate this feature.

The primary lens of the quad-core setup will be a 40 MP lens with f/1.6 aperture. It will also support OIS. The second sensor will bring a 20 MP lens with f/2.2 aperture. It will be a wide angle lens which will allow you to capture those amazing wide angle shots. The third sensor will be an 8 MP lens which will be used for the 10X lossless zoom while the fourth will be a Time of Flight sensor used for depth mapping in portrait shots. The selfie camera will feature a 32 MP lens housed in the teardrop notch a the top. Finally, there will be a 4200 mAh battery which should last a day easily.

As mentioned above, the Huawei P30 will be powered by the same Kirin 980 processor, however, the similarities between the phones end here. Apart from the processor, every other spec of the normal P30 is different from the P30 Pro.

The display here uses an FHD+ panel which has a resolution of 1080*2340 pixels. It will be using a triple camera sensor at the back with a 40MP f/1.8 primary sensor without OIS. The other two sensors will bring a 16 MP f/2.2 ultra-wide lens and an 8 MP f/2.4 telephoto lens. The phone will support 5X lossless zoom. The selfies will be handled by the same 32 MP sensor that you can find in the P30 Pro.

Probably the biggest disappointment here is the missing OIS support. I am hoping that the leaks are wrong on this one and want even the regular P30 to support OIS. The battery is also smaller here as it will only pack a 3650 mAh battery, however, that’s understandable seeing the P30 is smaller than the P30 Pro.

Early renders of Huawei P30 and P30 Pro have been leaked and the phone looks gorgeous. the front of the phone features an edge to edge display with a small chin at the bottom and a teardrop notch at the top. The Huawei P30 Pro features thinner bezels on the side with a curved display similar to the Samsung Galaxy S10 Plus. 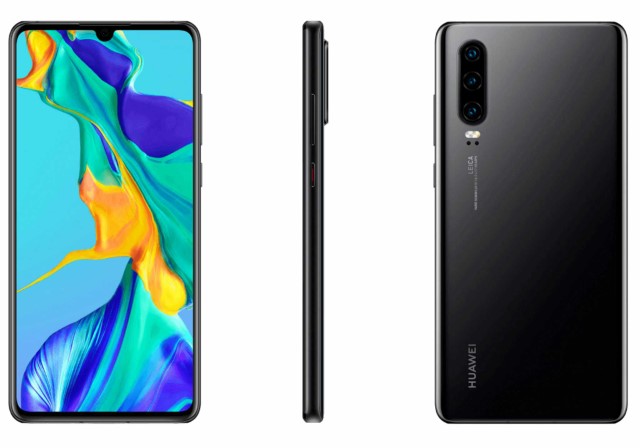 The renders were first leaked by mysmartprice which showcase the smartphones in Black, Aurora, and Twilight colors. The Aurora and Twilight colors bring the shaded color composition which we have seen on previous Huawei smartphones before. I still prefer black as it looks stealthy but you might prefer the more vibrant ones. 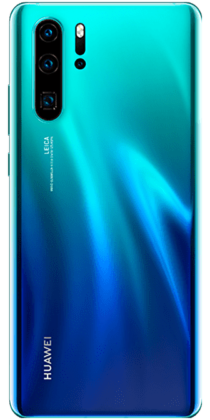 The renders also show a vertical camera layout at the back similar to the ones that we saw in last year’s Huawei P20 and P20 Pro. Overall, the new phones are not bringing a huge redesign rather you will be getting an incremental design update. Huawei is taking the “if it isn’t broken don’t fix it” approach and I have no problem with that.

Normally I don’t include a performance section in our preview articles, however, there is a lot of news about the phones being slower than the Mate 20 Pro which was released a few months back. The speculation started when GSM Arena published a blog post about the leaked AnTuTu score of Huawei P30 Pro where the phone scored 286,152 in the test.

Since the score is slightly lower than the Mate 20 Pro which scored 302,985, many blogs and websites are calling the P30 Pro a slower device. I don’t agree with that sentiment. First of all, I don’t believe in blindly following synthetic benchmark test scores as they never tell the whole truth. 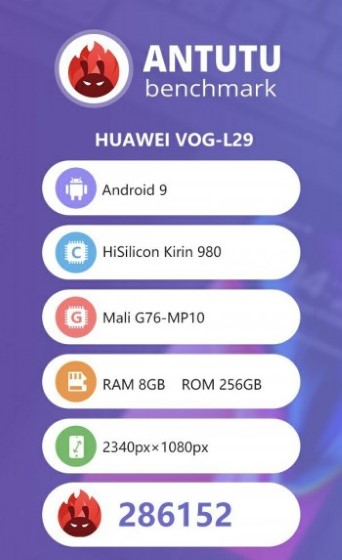 Even if you religiously follow the benchmark scores and make your buying decision based on that, you should know that the phone that appeared on the AnTuTu benchmark was not ready for sale. Chances are that it was still in the testing phase and was not running the fully optimized software. There have been numerous instances of smartphones appearing on benchmark tests such as AnTuTu and Geekbench with lower scores in the past precisely for the same reasons.

Both the Huawei P30 and P30 Pro will be powered by the same Kirin 980 processor and will offer similar RAM and storage choices. There is no way that the P30 Pro will be slower than the Mate 20 Pro. Even if there’s a difference whether higher or lower, it will not be visible to even the most pro users.

As we mentioned before, the Huawei P30 and P30 Pro will be launched on 26th March. You can catch the live stream on YouTube. The phones will be available to buy in Europe right after the launch while it should arrive in other markets in the coming weeks. As far as pricing is concerned, the Huawei P30 is said to be starting at €749 (~₹58,500) while the base model of P30 Pro will cost €999 (~₹77,900). Of course, you can upgrade the RAM and storage to your liking if your bank accounts allow you to spend more.

So, are you excited for the new Huawei P30 and P30 Pro smartphones? I am excited mostly for the new cameras. I really want to check out the 10X lossless zoom and see if it turns out to be as good as the leaks suggest. Do let us know your thoughts by writing in the comments section below.