Among the score of social media apps, Snapchat is quite unique for its disappearing messages and funky content creation tools. In addition, you can’t take screenshots on Snapchat without notifying the sender which adds an extra layer of security. However, unlike Facebook and Twitter, Snapchat cannot be used on desktop, and that is a big problem for its ardent fans. That being said, running Snapchat on PC may be hard, but it’s not impossible. So in this article, we take a look at all the various methods to install Snapchat on PC. We have talked about Android emulators and other possible ways to use Snapchat on PC. So without further ado, let’s go through the article and learn about the installation steps in detail.

Install and Use Snapchat on PC in 2020

Earlier, there was a surefire way to run Snapchat on PC by using the BlueStacks emulator. However, recently Snapchat updated its app to block emulators and now BlueStacks is unable to run the app. Sure, you can install the app successfully, but you won’t be able to log in as the app crashes thereafter. There is another emulator called Andy Android which somehow bypasses the detection by Snapchat, but there are some major concerns with this emulator. Many reports suggest that Andy Android emulator drops a bitcoin miner on your system which runs in the background and eats up GPU resources. So frankly, I would not really recommend this emulator. However, if you have an urgent need to use Snapchat on your PC then you can give it a try, but again tread with caution. 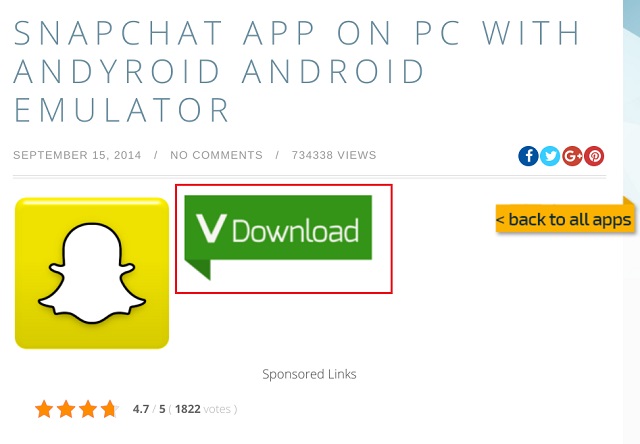 2. After that, install the emulator on your computer. Next, open the Play Store and log in to your Google account. 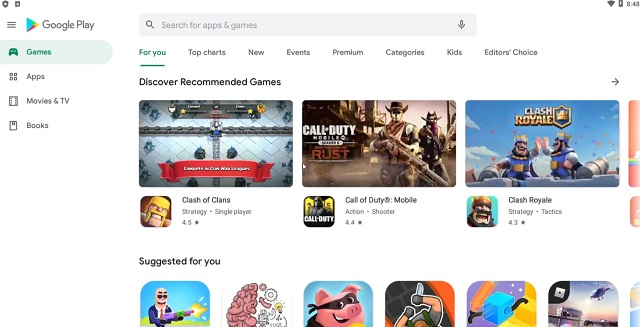 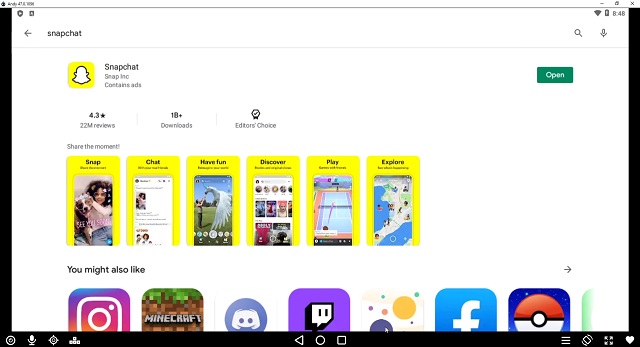 4. Now, you can use Snapchat on your PC, but there are some limitations. You can’t use the camera functionality and sometimes the app freezes up. Anyway, head over to our article and learn cool Snapchat tricks so you remain on top of your Snapchat game. 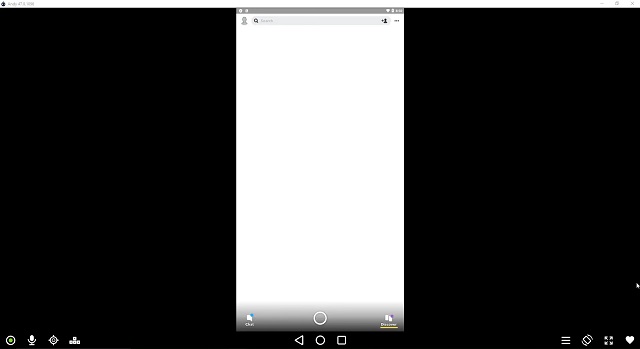 Other Ways to Use Snapchat on PC

If you don’t want to use the Andy emulator then you can give a try at other Android emulators on your PC. We have curated a list of safe-to-use Android emulators so go through that and try out LD Player, Nox, MEMU, etc. on your computer. The installation process is similar to the above method. Apart from that, if you want a foolproof method for running Snapchat on PC then you will have to install Chrome OS on PC which brings Android app support. We recently wrote a detailed article on how to install Chrome OS on PC with Play Store support so go through that. However, bear in mind, you will have to fully move to Chrome OS from Windows which is quite a task. But on the other hand, you get all the features like DM, stories, camera and more without any performance issues.

Enjoy Snapchat on PC With Some Restrictions

So those are the few ways you can install Snapchat on PC. We have included a working method, but keep in mind, it comes with a major issue, and if you don’t have the expertise to deal with such an application, then you are better off not installing it. Having said that, you can give a try to other Android emulators that I have mentioned above. Anyway, that is all from us. If you are facing any issues then do comment down below and let us know. We will definitely try to help you out.