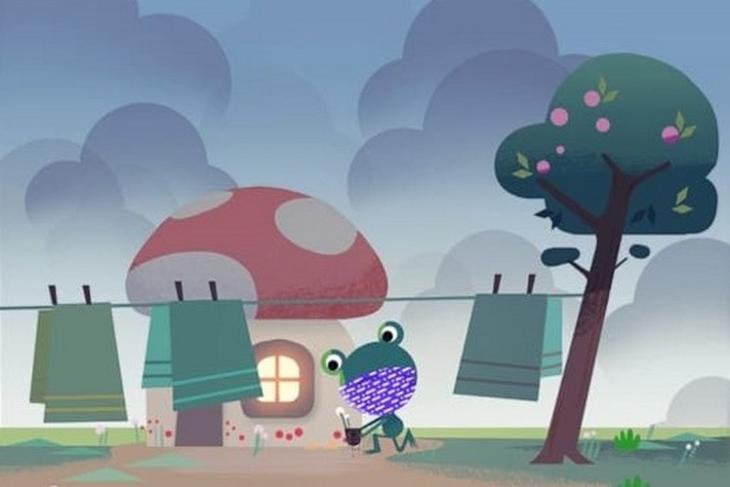 As the Coronavirus-led pandemic has made the face mask a new norm in societies, we have seen many major companies remind the public to always wear a mask as per CDC recommendations. So now, Google’s weather mascot, Froggy also abides by the rules and wears a mask when it is mowing the lawn or hanging up the clothes.

Froggy has been Google’s weather mascot for some time now and users can see him doing various things when they search for weather updates. Now, as some of the Americans are now protesting against wearing a mask, the Mountain View-based tech giant has come up to remind users of the importance of wearing face masks.

Google recently rolled out an update for the Google app on Android that adds a mask to Google’s weather app mascot, Froggy. The frog does the regular things it does like taking down its clothes or roaming around the field whilst wearing a face mask. The frog even has several face masks that shuffle randomly in the app. So, you won’t be seeing Froggy in the same mask every time.

Initially, the feature was not available for every region in the world when some Reddit users discovered it. However, Google recently rolled out a global update that adds the face masks to the frog for every Android user.

We have seen a similar move from Facebook recently when they announced to show alerts to users to encourage them to wear a face mask in public.

Google, aside from these subtle changes to their apps and services, has also been adding new safety features in their “Maps” app to help people avoid high-risk areas.