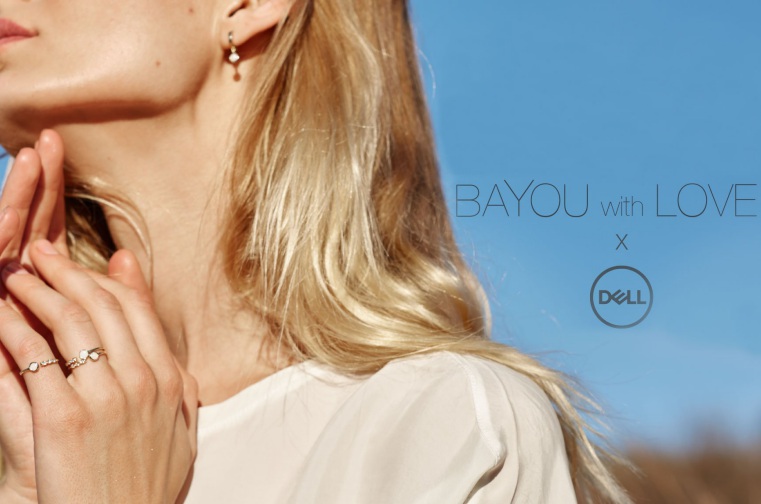 Besides its new XPS laptops and accessories, Dell also brought an unexpected surprise of all.We look forward to seeing several awesome (and some weird) tech products at CES, but a jewelry lineup wasn’t what we were looking forward to. Especially not from Dell.

Well, Dell has today announced that it is launching its own jewelry line in partnership with Hollywood actress, Nikki Reed. This announcement comes as much of a surprise to us, as you.

Reed, who you may have seen in popular Hollywood movie Twilight, collaborated with Dell to create the “Bayou with Love” limited jewelry collection. Every piece in this collection has been made with gold recovered from old motherboards and junked computer parts.

This jewelry collection is limited to select pieces and offers you 14 or 18-carat gold rings, earrings, and cufflinks, that have been fashioned from the reclaimed gold. They are now up for pre-order, with prices as low as $78 for a gold ring and going as high as $348 for a pair of gold cufflinks. You’re free to check out these beautiful creations right here:

To make the gold reclamation process efficient and reduce its environmental impact, Dell has partnered with Wistron GreenTech. This new recycling process is working well for the company as it says that reclaimed gold was stockpiling in their factories. So, they decided to test out a jewelry lineup, which can be the beginning of a ‘closed loop’ system for gold used in tech products.

This sounds like a great prospect to recycle computers that’ve been dumped or abandoned by their users. And that’s exactly what Dell and Reed are striving for, i.e make the world aware of how the surmounting waste is adversely affecting our environment, but extraction of even precious metals and reusing them is a possibility. Nikki Reed goes on to comment on this partnership as under:

By recycling gold that was once considered ‘waste,’ Dell and I are working to create an environment where we continuously reuse resources and strive for zero waste.

A world where only 12.5 percent of e-products are recycled and brought back to life in a different shape or form, this is a refreshing take to make the people aware of the company’s recycling efforts while also asking them to empty their pockets.

Dell also plans to use the reclaimed gold in its new motherboards, that will be baked into the company’s new Latitude 5285 2-in-1 laptops releasing in March. The computer giant’s outlook is to use 100 million pounds of recycled waste within its product portfolio by 2020.

So if buying a Dell-branded laptop or PC now is too mainstream for you, then Dell’s reclaimed gold jewelry might be right down your alley.