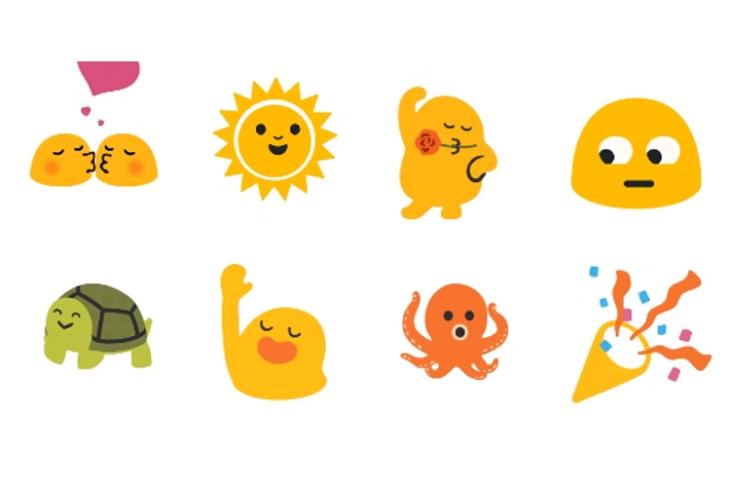 Google is a company known for experimenting a lot, be it with features or the UI. Back when the company launched the Android Oreo 8.0, the company launched its newest stock of emojis, all set to replace the “blob” emojis that had been a part of Android ever since the days of KitKat 4.4. Obviously, people were a little taken aback, with not many users liking the new emojis. Well, as part of the World Emoji Day, Google has a surprise for you all.

The blobs are back, baby! Have a #WorldEmojiDay treat with new animated blob emoji stickers on Android Messages and #Gboard.

As announced by Google in an official tweet, Google brought back the blob emojis on Android in the form of an animated sticker pack on Gboard. In fact, since they are on Gboard, you can even use these emojis on iOS devices.

The new sticker pack, dubbed “The Blobs Live On – the classic emojis return for more,” can be found in the sticker tab by tapping on the “+” icon to load the pack. You can use these emojis across major communication apps such as Facebook Messenger, WhatsApp, Android Messages, Hangout, and more. However, they might not work on other apps such as Instagram Direct or Twitter DMs.

Nonetheless, the return of the blob emojis is certainly a great move by Google, bringing back something the fans adored while ensuring everything else stays the same. Personally, I prefer the rounder emojis that look more like Apple’s popular set, but then again, if you’re a fan of the Blob style emojis, make sure to download Gboard for your device.