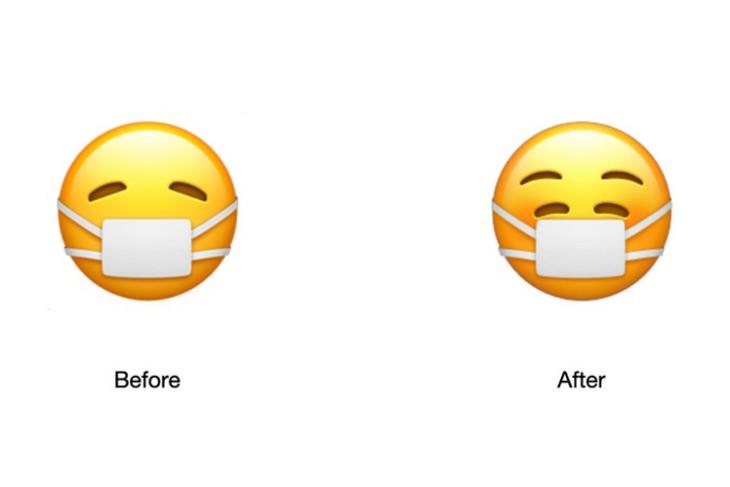 Earlier this year, when the Coronavirus-led pandemic started to take over the world, Apple’s ‘Face with Medical Mask’ emoji became one of the most-used emoji on social media. Since its introduction with Unicode 1.0 back in 2015, the face of the said emoji had a not-so-happy expression, with a pair of closed, gloomy eyes depicting illness & sadness. However, with the latest iOS 14.2 beta update, Apple has swapped the grim-looking face of the emoji with a bright smiling face with rosy cheeks.

Now, wearing a mask has become a norm in today’s virus-infected world as it helps curb the spread. So, to encourage people to wear a mask, Apple’s ‘Face with Medical Mask’ emoji will now show a pair of happy eyes instead of the gloomy and lethargic eyes of the previous iteration.

In the new iteration, you can almost imagine the cute smile of the emoji underneath that face mask. Emojipedia made a handy GIF showing off the same:

As Emojipedia pointed out, Apple actually put the cute blushing/smiling face emoji, that already exists in its emoji library, in the new iteration. It is currently available only in the beta version of iOS 14.2. And will soon make its way to global users when Apple releases the public version of the said iOS update. 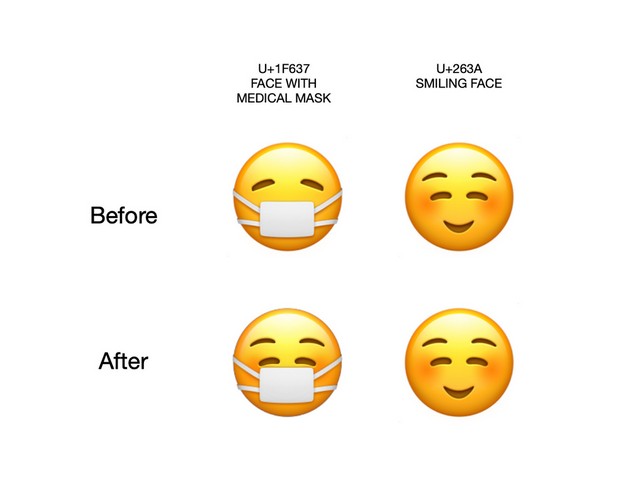 The “Face with Medical Mask” carries the previous face even in the official version of iOS 14. So, those who are using iOS 14.2 beta are the only ones who will get access to the new emoji, as of now. And if you send the new iteration of the emoji to your friends who are not running the latest iOS beta, the previous version of the emoji will appear on their devices.

Now, this might look like a very tiny change but symbolism does matter. The previous version of the emoji symbolized that wearing a face mask is depressing and depicted illness. However, if you want to encourage people to do something (that many are against due to their rights), you wouldn’t want to symbolize that the thing is sad or depressing, right?

So, the Cupertino tech giant put the smiling face emoji with the happy eyes to show that wearing a face mask is not something to depressed about. On the contrary, you should be proud that you are playing your part to prevent the spread of the deadly Coronavirus in your area. Hence, smile, even when your face is covered with a mask.