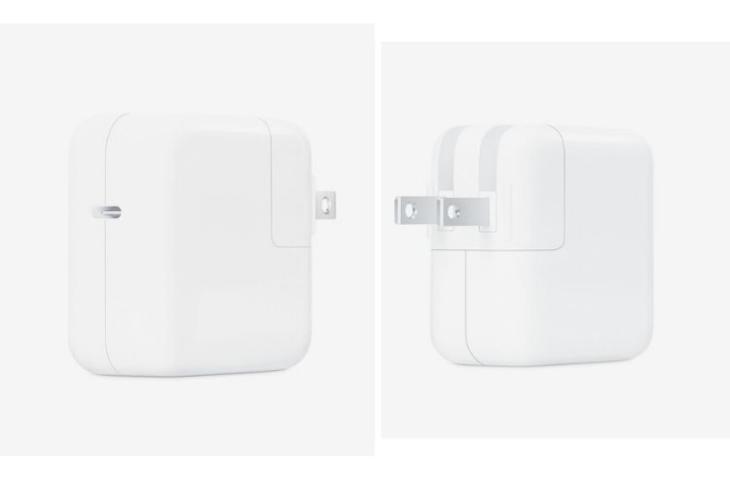 Apple is gearing up to launch a new version of its USB-C power adapter, and this time, with two USB Type-C ports. Yeah, the company has accidentally leaked that it’s working on a 35W dual-port USB-C charger. So let’s take a look at what we know about this unreleased charger from Apple.

The mention of this 35W dual-port USB-C charger was first spotted by 9to5Mac in a support document, which has since been taken down from Apple’s website. But the publication was able to screenshot the name of this unreleased product, as seen below:

The document revealed that the charger will have extendable prongs, similar to the company’s existing adapter, and two USB Type-C ports. Further, you should know that the charger will support 35W power output in total, and well, not per port. As for the power modes supported by this charger, there are four – 5VDC/3A, 9VDC/3A, 15VDC/2.33A, or 20VDC/1.75A.

Now, there was no mention of the product it will be bundled with or will be sold separately. However, a 35W dual-port charger will enable Apple users to charge multiple devices at the same time. That means you will be able to charge your iPhone and Apple Watch at the same time. You might also be able to juice up your MacBook Air or iPad using this charger.

That’s not all, though. Some reports suspect this 35W dual USB-C port power adapter to be the first GaN charger from Apple. That would corroborate the recent tweet by popular Apple analyst Ming-Chi Kuo, who hinted at its arrival sometime in 2022. Since the leak is coming from the company itself, there’s no point in questioning its authenticity.

The only two things left to know now are the price and the availability date of this dual-port charger. Until then, what are your thoughts on this unreleased charger from Apple? Let us know in the comments below.