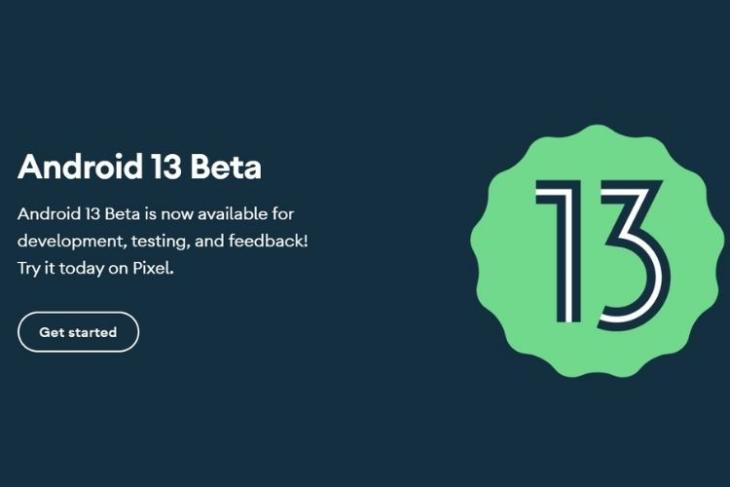 Following a couple of developer previews earlier this year, Google has now finally released the first public beta of its upcoming Android 13 OS for Pixel owners. The move is as per Google’s roadmap for Android 13 and comes just days before the Google I/O 2022 event, starting from May 11, in which it will further detail its plans for the upcoming Android version. Let’s take a look at the details below.

Google recently took to an official blog post to announce the rollout of the first public beta of Android 13. While the public beta version contains all the new features of Android 13’s previous developer previews, it brings a few more new features and changes for end-users that are focused on boosting their privacy and security of using Android.

The Android 13 Beta 1 includes features like the new iOS-like photo picker from Android 13 DP 1 and the notification permission feature and per-app language support, both of which were added with the second developer preview. There’s also support for features specified for tablets and foldable devices.

To further improve the privacy and security of Android 13, Google has added more granular permissions for media file access for apps. Previously, apps just needed access to the external storage of a user’s device to get hold of their images, videos, and audio files.

With Android 13 Beta 1, however, third-party apps will have to request access to each type of media file in shared storage. If an app requests permissions for two kinds of media files simultaneously, the system will show a single dialog box to users for granting both permissions at the same time.

Android 13 Beta 1 also adds better error reporting in Keystore and KeyMint and an anticipatory audio routing feature for apps. Furthermore, Google is expected to add support for the new MLGRU feature to help Android keep apps open in the background for longer periods. Although, we are not sure if the company added it to Beta 1 of the OS or not.

These features are more focused on developers than end-users and aim to improve the privacy and security of the Android platform. Other than this, Android 13 also brings in various visual changes like new Material You themes, new home screen lock controls, a new clipboard editor, and loads more. We are expecting more details on this next month.

So, if you have a supported Pixel device, you can go to Google’s official Developers forum to get the latest Android 13 Beta 1. Also, let us know your thoughts on the same in the comments below.

Android 13 Might Be Able to Keep Apps Open in the Background for Longer; Here’s How!

Phones Without SIM Card Slots Could Soon Become a Reality, Thanks to Google