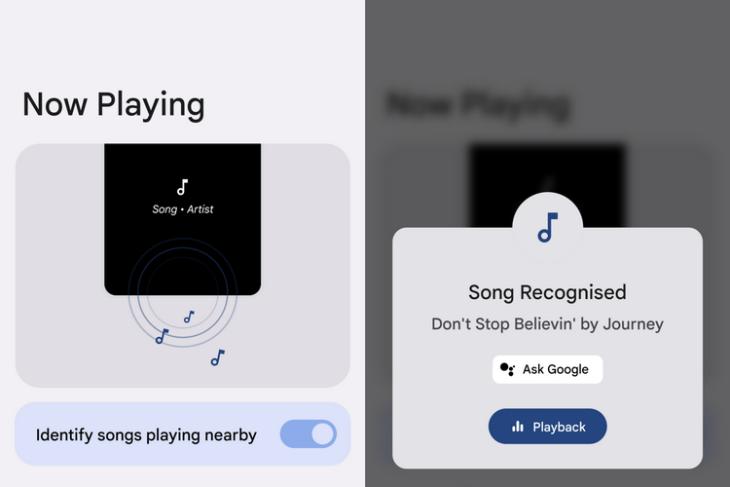 With the new release, you can use the mod to identify nearby songs without root as long as your phone is running Android 12 and newer. The app relies on Shizuku to create a service for Now Playing to connect to. Those with phones running older Android versions will require root access to use the mod.

“Ambient Music Mod relies on the “Shell” app (which ADB and Shizuku use) having the CAPTURE_AUDIO_HOTWORD permission. This appears to have become the standard in Android 12, but on versions older than that and devices without the permission granted, root is required. This cannot be worked around,” explains Quinn in the app’s FAQ.

Other new features introduced in the mod include two widgets to show the currently recognized track and trigger normal or online recognitions if available and Bedtime mode to disable automatic recognition at night. The update also includes Quick Settings tile to control the feature, an app shortcut, an option to backup and restore, and a music search button in the lock screen overlay.

Setting up the mod is fairly straightforward. All you have to do is install the mod, Shizuku, and connect Shizuku to the app. You will find on-screen instructions in the Shizuku app to walk you through the process. If you don’t want to go through all this, you can always use Shazam or any of the best mobile and web apps to identify songs.