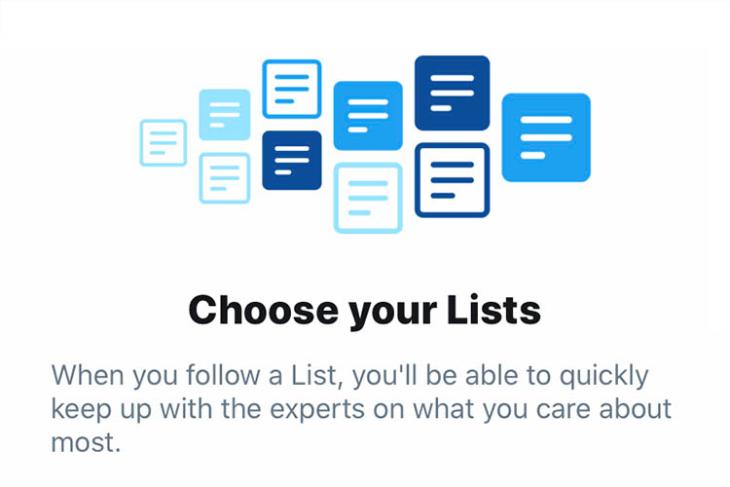 Twitter is today launching a new feature to make ‘Lists’ more useful. The social media platform now lets you discover new lists. You can then add these lists to your feed if you want and stay up to date with them.

Twitter announced the new feature in a Tweet saying “Add new voices and conversations to your Timeline using Lists.” Also, a short GIF in the Tweet shows off how to use the new feature on your Twitter app.

Add new voices and conversations to your Timeline using Lists.

I checked out the feature on my iPhone and Twitter is showing up recommended lists to me. For some reason you can’t discover new lists from within the dedicated “Lists” section in the app. Instead, you have to rely on the feed showing up the discovery section in order to find new lists. That feels a little unintuitive, to say the least.

That said, Twitter is recommending lists that I may actually be interested in, so that’s great. The company is using a combination of people you follow, and the lists you follow to build recommendations for you. So, unless you’re mass following people for no reason, your recommendations should be fairly accurate as well.

Lists have been around for quite some time on Twitter. However, other than being a useful way to organise sources in Twitter, they weren’t all that useful. With the new discovery feature added to lists, chances are you will be able to find more interesting stuff on Twitter. That means, you’ll spend more time on the app, and that’s great for the company. The company recently also tested Fleets, before launching them in the app for all to use.