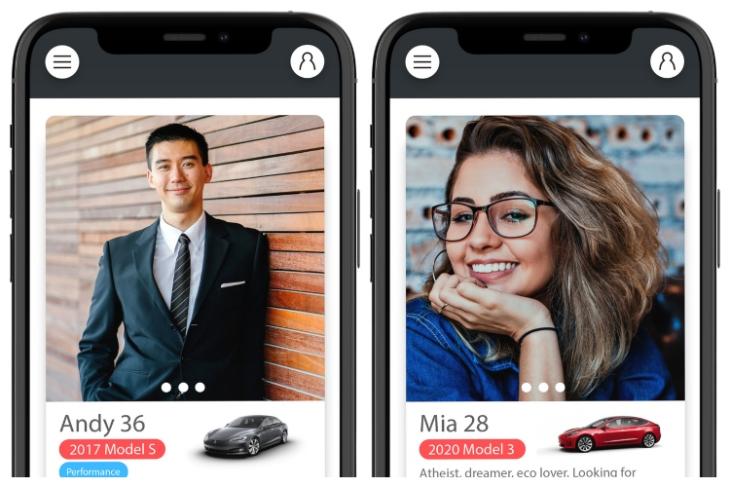 Following the evolution of online dating apps, we have seen some absurd ones pop up in the market. There was one that was to bring a new 6-way swiping to the UI and then there was one that featured only the developer himself. Now, according to a recent website, there could be a dating app specifically for Tesla owners in the making.

Over the past few days, we saw several reports pop up on the internet about a “Tesla Dating” app. It was the result of a recent website by a Canada-based Indian developer, Ajitpal Grewal. So, according to the website, “the dating app for Tesla owners”, is currently in development. And if you want early access to the app, you can enroll yourself by registering your email. However, as per the website, users “must prove Tesla ownership before launch”.

By the looks of the website and the screenshots of the Tinder-like app, it looks like a legit project.

However, after confirmation from the developer, it was discovered that the website was actually a parody site, much like the Amazon parody dating that we saw earlier this year.

Now, Grewal says that this idea of a “Tesla Dating” app was initially a parody for some online fun. However, the developer also adds that if the demand for this app rises in the market, he might actually launch it for the Tesla lovers and the Elon fans.

“Yes, the intention with the site starting out was a parody, which I let everyone know. But, I did also say that if I see enough traction I would consider taking the app to launch. So far I’ve been seeing quite a bit of traction.”, Grewal told Verge via an email.

So, if you are a hardcore Tesla fan and a proud owner of a Tesla EV and want your partner to also be a Tesla-head like you (for some weird reason), then you can check out the “Tesla Dating” app on its official website.

“Because You Can’t Spell LOVE Without EV”, you know?