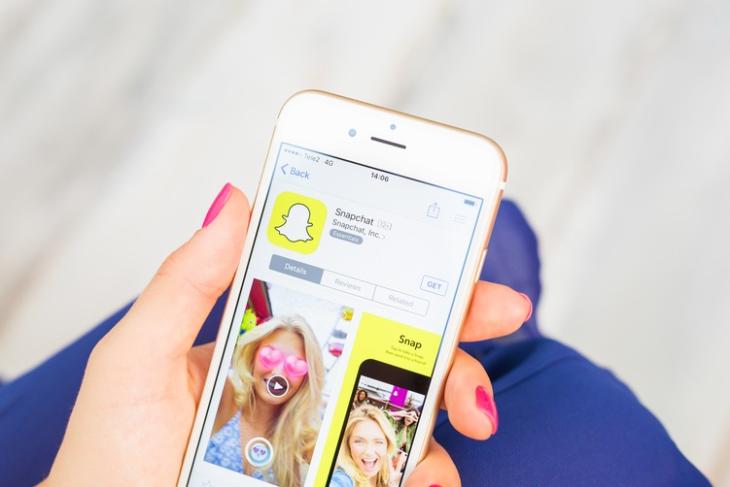 Snapchat, the once popular ephemeral messaging app that was a hit with teenagers and a generally young audience released its first-ever TV ad during the NCAA’s Final Four, and well, let’s just say it misses the point of Snapchat in the first place.

The ad tries to bill Snapchat as ‘A New Kind of Camera’ — one that cares not what you look like, but how you feel. Showing images of messy babies, and putting dog ears on grandma was Snapchat’s latest attempt at regaining some sort of an audience for itself after the mess it has been in.

The app has been going downhill steadily, with Kylie Jenner announcing that she doesn’t use it much anymore leading to a massive loss to the company’s stock prices, followed by Chrissy Teigen and Rihanna publicly bashing the app when it showed an ad asking people if they’d rather ‘slap Rihanna’ or ‘punch Chris Brown.’

The only problem with Snapchat’s new strategy (that of attracting a wider, older audience consisting of families, and your parents in general) is that the whole point of Snapchat was for teenagers to exchange stupid messages with their friends, show off videos and images of drunken night outs, and general mess-ups that they wanted to not be preserved after the 5-10 second timer on the app.

Billing Snapchat as a family oriented app immediately takes away the point of the app in its entirety. Would you post a video of yourself, being drunkenly stupid, to your Snapchat story if your parents, heck even your grandparents are using the app? Pretty sure not. That’s what Instagram is for — perfectly shot, edited, and filtered posts that people want to preserve. Snapchat is at the opposite end of the spectrum, and in a way that’s what made it great, back when it was great, and with the new ad, it seems the company has lost sight of what the Snapchat app means to people, to begin with, and is probably headed towards a massive self-destruct button. Hey, at least Evan Spiegel will be able to claim that his button is even bigger.