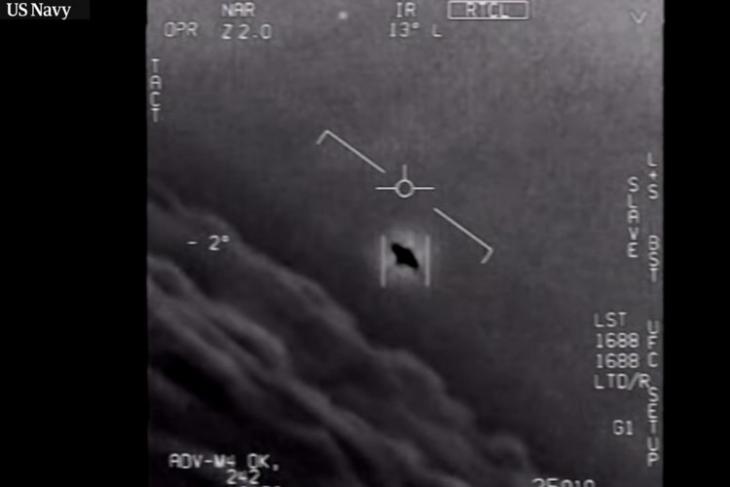 Since the world came into being, there has been close to no evidence that alien life exists. However, back in 2004, some US Navy pilots saw some unidentified objects flying over the Pacific waters during their training flights. A video of the flying object was released without any official authorisation in 2007. The incident happened again in 2015 and two more unauthorised videos were released in 2017. Now, the authorities at the Pentagon have released all of the three videos officially for the public.

Now, all of these videos are grainy as hell. However, we can still see an unusual object flying in the sky. According to the Pentagon officials, the videos portray an “unexplained aerial phenomena“ that can lead the general public to believe that these are alien UFOs flying on Earth.

The US Defense authorities at the Pentagon recently said in an official statement that they authorised the release of the videos “to clear up any misconceptions by the public on whether or not the footage that has been circulating was real or whether or not there is more to the videos”.

The video captured back in 2004 shows some unidentified objects flying near the US Navy training flights. We can even hear live commentary of one of the pilots saying that “they’re all going against the wind. The wind is 120 knots to the west.”

In the 2015 videos, there were objects which moved through the sky rapidly. One of them even spun in mid-air. One of the pilots said, “Look at that thing, dude! It’s rotating!”.

Now, the Pentagon still cannot explain these unusual aerial phenomenons. So, they are still categorising these objects as “unidentified”, according to the statement. However, the authorities claim that “after a thorough review“, they have determined that these videos do not reveal any classified information and thus there is nothing to worry about.

Nonetheless, we cannot stop but speculate what actually were those objects in the sky. Was it a bird, then? Or just Superman flying by our planet to get to Krypto? Well, we can only keep speculating at this point.

You can get the released videos from the database of the Naval Air Systems Command FOIA Reading Room. So, go on and download the videos or click the play button above to check them out.