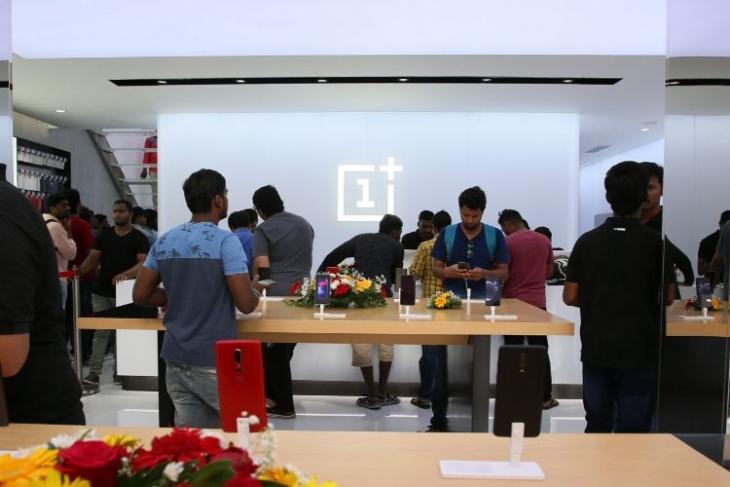 As India enters a 21-day total lockdown to counter Coronavirus, smartphone makers are also taking the measures necessary to promote social distancing and prevent the spread. OnePlus is now joining the fight and has decided to shutter its stores across India, along with putting all online orders on hold temporarily. This decision goes in effect right away and will continue up to 14th April.

OnePlus India took to Twitter to deliver this message, saying “At OnePlus, the health and wellbeing of our employees, customers, and partners remain our top priority. Due to the current government mandate to combat COVId-19, we have decided to temporarily close our store in India until the 14th of April.” The Chinese giant also adds that it’s monitoring the situation and sales resume as and when circumstances allow.

We're all in this together. #StayHomeStaySafe #FlattenTheCurve 😷 pic.twitter.com/lEBLuZyqoT

The company has plastered a ‘delivery may take a little longer than usual’ notification at the top of their website. Placing an order now shows an estimated delivery by 20th April and later. You can see the same in the screenshot attached below. Owing to the current situation, it’s also difficult to guess whether the OnePlus 8 series launch will continue as planned or be delayed. The devices are rumored to be unveiled on 14th or 15th April, as per the plethora of online leaks.

In addition, most phone makers, including Samsung, Oppo, Vivo, Xiaomi and Apple (Foxconn) have temporarily suspended factory operations in India to contain the spread of the virus. Vivo and Realme have canceled the upcoming phone launches while others are contributing to relief efforts by donating masks and hazmat suits to the healthcare personnel. Everyone echoes the same message, ‘Stay Indoors, Stay Safe’ and so do we.