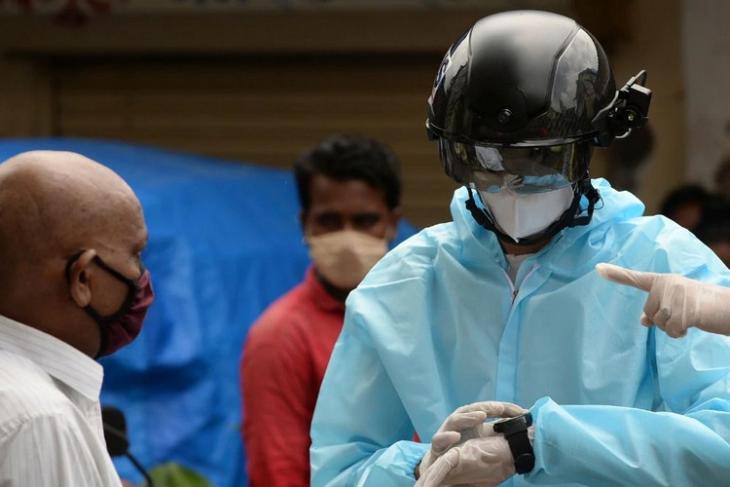 With coronavirus cases on the rise in Mumbai, authorities in the city are deploying so-called ‘smart helmets‘ to scan people for possible symptoms. The helmets enable healthcare workers to record the temperatures of up to 200 people per minute. It is apparently proving to an effective weapon to scan suspected COVID-19 patients in India’s most populous city. It has been especially helpful in the city’s densely-populated slums.

According to Neelu Jain, a medical volunteer affiliated with an NGO called Bharatiya Jain Sanghatana, the high-tech helmets are mighty effective in reducing the time taken to scan thousands of people. “Traditional screening methods take a lot of time. You go to a slum with 20,000 people and it takes you three hours to screen 300 people”, she said. “But when you use these helmets, all you have to do is ask people to come out of their homes, face them and you can screen 6,000 people in two-and-a-half hours”, she told AFP.

The helmets, which cost around Rs. 6 lakh, were donated to authorities in Mumbai and Pune. However, there are just two of these helmets in the entire city right now. There’s no word on whether more units are expected any time soon. The devices are in high demand in places like Dubai, making them very difficult to acquire. They were also reportedly used extensively in Italy and China at the height of the outbreak in those countries. It will be interesting to see if other Indian cities will also employ similar technology going forward.