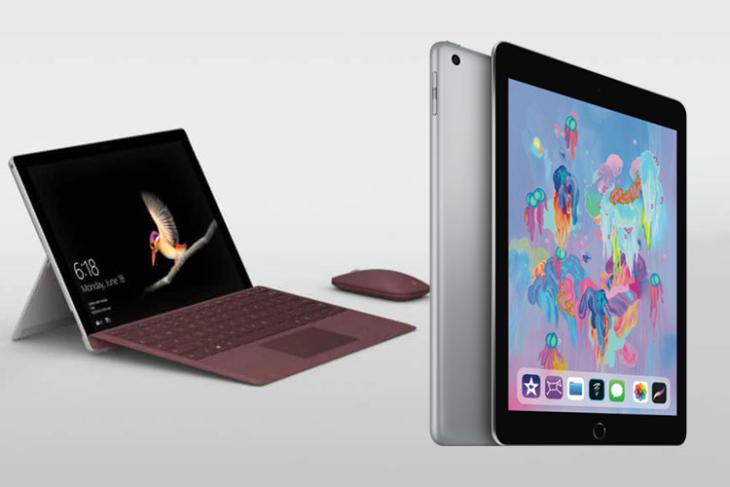 Microsoft announced a new Surface Go Windows tablet this week and, the newest entrant to the Surface family is poised to disrupt the tablet market. It packs in a 10-inch screen, an integrated kickstand, Windows 10, and a design that is similar to the Surface Pro. Also, with a base price of $399, it will certainly rattle the tablet market which has seen Apple’s iPad dominate for years. Well, if you’re torn between the two devices, and can’t decide which one to get, read on, as we do a quick comparison of the Microsoft Surface Go with the Apple iPad 6th Gen:

The Surface Go is powered by the 7th-gen Intel Pentium Gold processor, which does mean it is little underpowered. However, we are yet to see how it fares in real world usage. Apart from that, you get two RAM variants, a model with 4GB of RAM, and the other with 8GB of RAM.

The Apple iPad, on the other hand, is powered by the Apple A10 Fusion chip, which has proven its worth in terms of performance over the past year. Here, you get only a single option of 2GB RAM, which should be enough to handle the iOS apps on the tablet.

The Microsoft Surface Go is designed to be used primarily as a laptop, which doubles up as a tablet as well. Thanks to the integrated kickstand along with the well thought out keyboard and mouse experience, the Surface Go offers a seamless experience for users who want to make the best out of the device with its accessories. As for its tablet mode, the design is pretty well-built once again and should be easy to rest in one hand, while operating it with another. 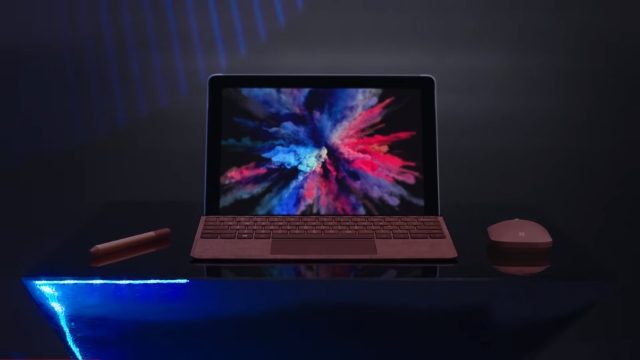 The iPad, on the other hand, is a thin and light gadget which has been crafted to give the best iOS experience on a large screen. The iPad is designed in a way that it feels light and simple, thanks to all the curves and build quality, and still manages to look elegant. 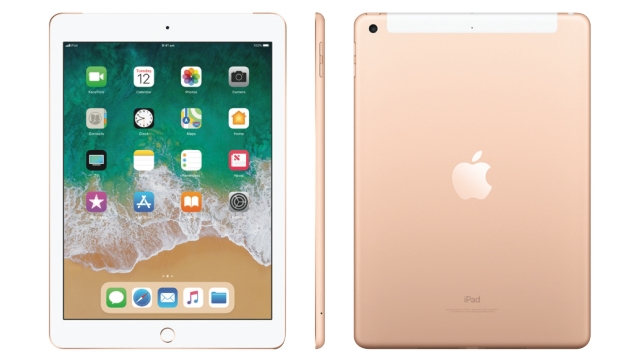 You can use the Apple Pencil with it as well, but it lacks the overall form factor for productivity that the Surface Go has.

The Microsoft Surface Go sports a 10-inch PixelSense display with a 3:2 aspect ratio and a resolution of 1800 x 1200 pixels. On the other hand, we the Apple iPad, which has a 9.7-inch screen with a 4:3 aspect ratio and a 1536 x 2048 pixel resolution. Now, while both the displays are pretty darn good, the one on the iPad is definitely sharper, thanks to the higher resolution

Now, this is something where the Surface Go really excels. The Apple iPad comes with only a 3.5mm jack and a lightning port which supports the company’s proprietary accessories, and that’s it. On the other hand, the Microsoft Surface Go comes with a USB-C 3.1 port for fast and easy transfer of data along with a microSD card slot for storage expansion.

Both the Surface Go and the iPad are tablets essentially but can be used for full-fledged productivity tasks thanks to add-ons and accessories. The Surface Go comes with support for an attached keyboard, the Surface Pen, as well as Microsoft curved Bluetooth Mouse. 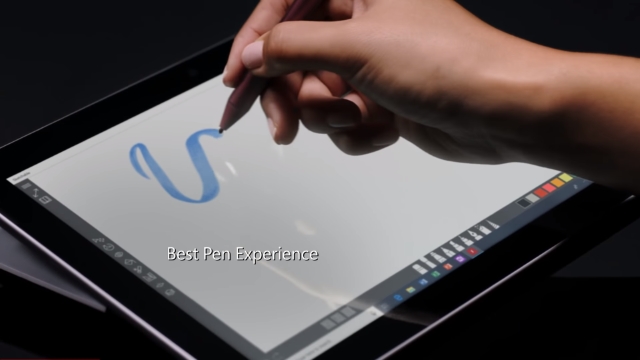 On the other hand, we have the Apple iPad, which does support the Apple Pencil and an extra keyboard via Bluetooth. While that’s all, truth be told, you wouldn’t require anything extra since it runs on iOS and not a full desktop OS. Which brings us to our next point of comparison.

Take the OSes away, and both the Surface Go and the iPad are well-built and neatly designed tablets, with hardly anything to separate them. However, it is the OS that will be the major deciding factor. The Surface Go comes with Windows 10 S or full Windows that offers a desktop experience, which is bound to prove better for productivity.

On the other hand, the Apple iPad comes with the company’s mobile OS, that is, iOS, that allows the user to experience the richness of mobile apps on a larger screen. While being productive, the OS will suit more to those major interest lies in entertainment.

Battery life is a major concern for many users, and both the devices offer a staggering amount of battery life. The Surface Go promises up to 9 hours of battery backup, however, it remains to be seen how much it actually delivers.

The Apple iPad, on the other hand, has proven to last upwards of 10 hours, which is anyway more than what Mircosoft claims its budget Surface tablet would offer.

In the end, it is practically up to you, as to what kind of device you want for your every day work. If you rely exclusively on mobile apps, then the iPad is the best option. For about $70 more, the Surface Go offers a full-fledged desktop experience as opposed to the mobile experience on the iPad. As for the overall performance, both the devices are well designed, and while the Pentium Gold 4415Y processor on the Surface Go might be a concern for some, it should still hold its own for most users.

Well, that was all from our side. Which device do you think is better? Let us know in the comments down below.