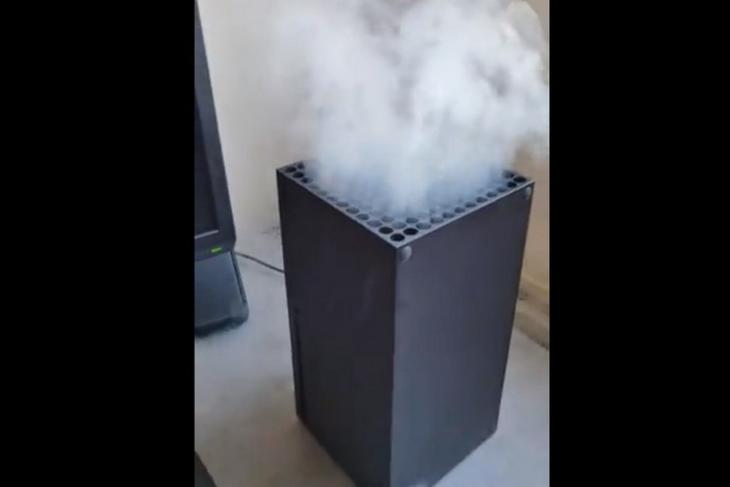 Following the recent launch of Microsoft’s next-gen Xbox Series X and Series X, users who got the new consoles started to report a major issue on social media. According to many videos shared by recent owners of the consoles, one showed a huge amount of smoke coming out from the top vent of the machine. Now, this started to worry eager buyers as it looked like the Xbox Series X had a significant issue. That has, however, been found to be false.

So, if you are unaware, the smoke coming out of my new Xbox videos started to show up right after the new consoles released in the market. Following these videos from several users, netizens started to suspect that these are fake. And a recent video (below) shared by a Spain-based Twitter user, Xbox Studio (@XboxStudio) showed just how all the pranksters made smoke come out of their new consoles.

So, as you can see, all those who shared the fake videos blew vape smoke from the side of the console, which shot up the vent and came out from the top of the consoles.

Following this debunking video, the official Twitter account of Microsoft’s Xbox shared a tweet (below) almost begging users not to blow vape smoke into their new consoles.

We can't believe we have to say this, but please do not blow vape smoke into your Xbox Series X.

However, according to CNET, one Microsoft spokesperson said that even though the videos were fake, the company investigated the issue after the very first smoke-video showed up on the internet, as it takes safety issues quite seriously.