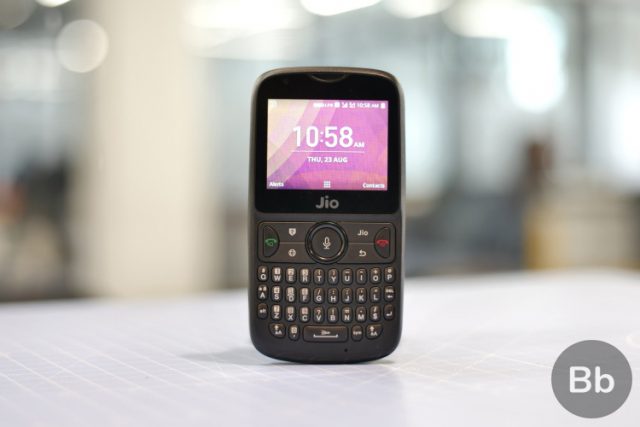 Reliance Jio has reportedly started rolling out its UPI-based payments platform to select JioPhone users. That’s according to BGR, which claims that the service was in internal testing for more than a year before making its public debut. The rollout reportedly started August 15th, although, the company is yet to officially announce anything on this matter. The report claims that the initial rollout is restricted to only around a thousand users with no word on when it might be rolled out to a wider user-base.

Interestingly, it is only available on the original JioPhone for now, so it’s not immediately clear as to when it will roll out to JioPhone 2. Meanwhile, the blog also published three images that claim to show the new feature in action. The images, as you can see below, are low-resolution and it’s difficult to ascertain anything from them. Of course, the JioPhone devices do not have the screenshot function, which would have been a big help in this case.

According to the report, Jio Pay for JioPhone uses ‘Tap and Pay’ contactless payment through NFC at NFC-enabled POS (point-of-sale) machines. Launch partners include Axis Bank, ICICI Bank, HDFC Bank, Standard Chartered, IndusInd, SBI, Kotak, YesBank and RBL Bank. Which means, you can use both Credit and Debit cards (Mastercard and VISA) from these banks for payment.

It is worth noting that earlier reports suggested that Jio was in talks with the National Payments Corporation of India to bring its UPI payments service to its affordable 4G feature phones. However, this is the first time we’re seeing concrete action on this front. It will be interesting to see if Jio rolls out its UPI payments service to more platforms in the coming days.