Along with some very cool features, Android 7.0 Nougat brought something that we have been waiting for long, the multi-window or split-screen multitasking. The ability to run two apps side by side makes up for a great multitasking experience. While the feature has been well implemented, along with a cool Alt+Tab like feature, it does not let you use the same app in two separate windows.

We have no idea why Google did not incorporate this, considering it can come in really handy in certain situations. For instance, when you are talking to multiple people on WhatsApp and you want to chat with them simultaneously through the split screen mode. Thankfully, you can enable the ability to run same apps in split screen mode in Nougat and it does not require root access. So, without further ado, here’s how to do it:

1. First, install the app dubbed Parallel Windows for Nougat (free) from the Play Store. The app brings a sidebar, which lets you mirror apps, to make a single app run in multiple windows. It is currently only available for devices running Android 7.0 Nougat, which is pretty obvious.

2. When you first open the app, you will be presented with a warning suggesting the experimental nature of the app. Just tick the “I have read and understood” option and tap on “Continue“. 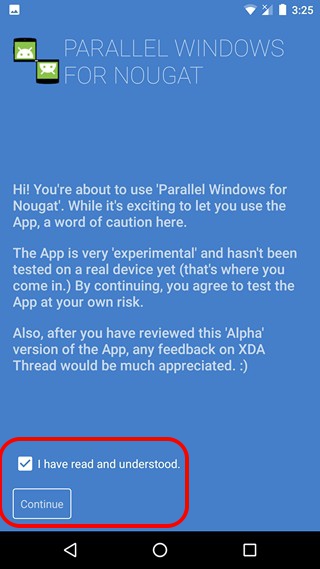 3. Once done, you will have to give the app permission to “draw over other apps” and enable it in “Accessibility “. Here, you can also decide the size of the sidebar. 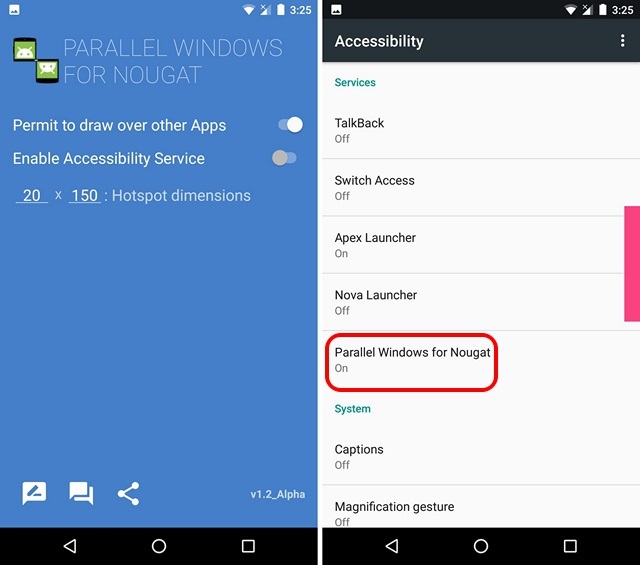 4. Then, you should see a sidebar on the right edge, which feature options to open the app drawer, trigger split screen mode and the option to mirror apps to run a single app side by side in the split screen mode. 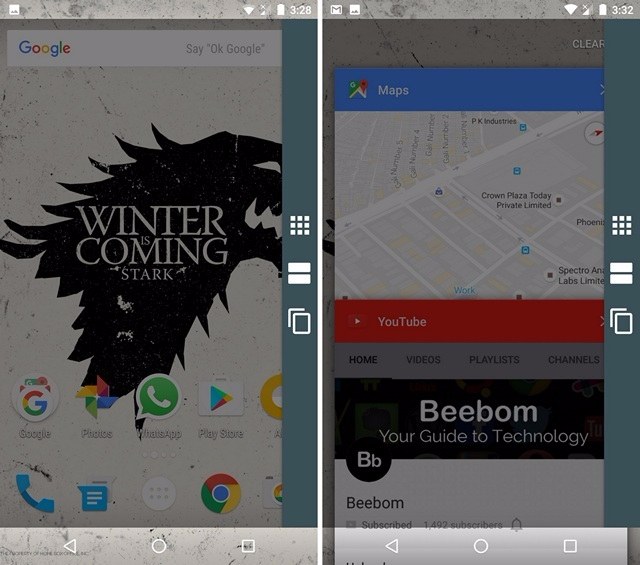 5. After that, just open an app or tap on the Recents/Multitasking button. Then, just swipe from the rightedge to bring up the sidebar and select the third option, which will ask you to “Select an app to mirror“. Just select the app and two windows of the app should open up in the split screen mode. 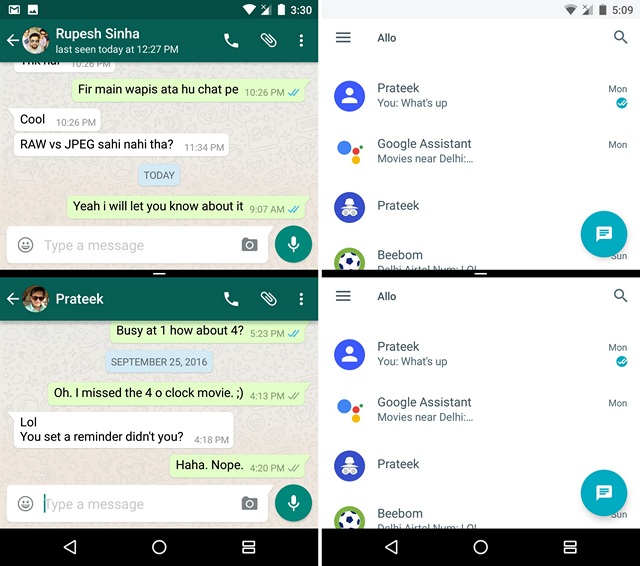 That’s it and you will be able to use the same app in two separate windows in Nougat. We tested the app and it works fine with messaging apps like WhatsApp & Allo but do keep in mind that some apps just fail to mirror and some apps are still unsupported in the split screen mode. However, there is a way to force apps to run in the split screen mode. To do it, head to Settings->Developer Options, scroll down to the bottom and enable “Force activities to be resizable“. 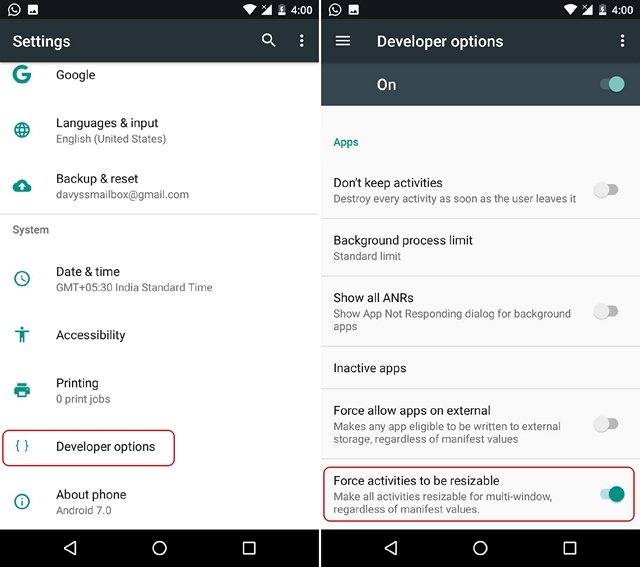 Note: You can enable Developer Options by going to Settings->About Phone and tapping the “Build Number” seven times.

Use two windows of the same app in split screen mode

Well, that was easy, wasn’t it? While the Parallel Windows for Nougat app does bring the ability to run two windows of the same app in split screen multitasking, the user experience isn’t the best, considering the app is still in its Alpha version. Hopefully, the developer can swiftly update the app, to make the experience a lot more user friendly. We also hope Google does include the functionality in its future update but until that happens, you can use this method to run the same app in two windows.

So, did you find this nifty trick for Android 7.0 Nougat useful? Do let us know your thoughts in the comments section below.