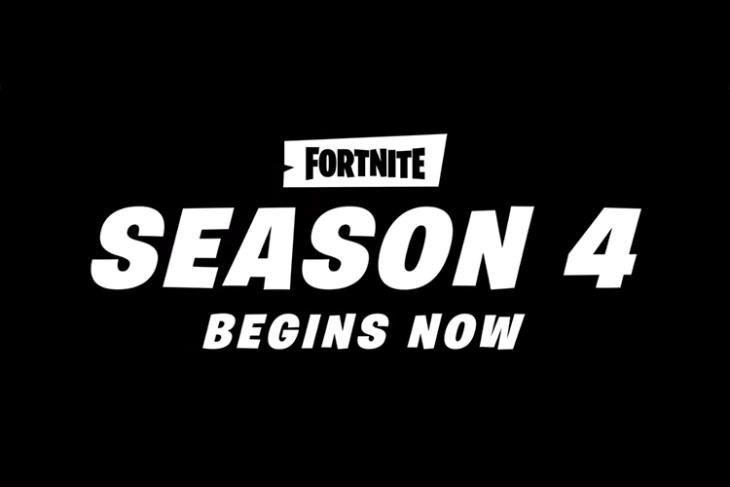 The fourth season of Epic Games’ popular game Fortnite: Battle Royale is here and it brings a ton of new changes bound to keep the players hooked on to one of the most played games of the year.

Epic teased the new season with a spectacular comet crash at the end of season three, and as a result the newest iteration comes with a number of popular areas of the map destroyed. Along with that, the update also brings new areas and a bunch of new cosmetic upgrades including skins, emotes and other in-game items.

Dusty Depot, which was a well known area for campers, has been destroyed by the comet and the resulting area, which is now called Dusty Divot, is surrounded by rocks that will allow players to have fun with low gravity. While Dusty Divot was at the center of the impact, a number of other areas on the map have also been affected and are littered with the special rocks, which Epic calls Hop Rocks, that alter gravity. Risky Reels is a new area added to the game which can be found in the northern region of the map.

The Fortnite update also brings changes to the game’s UI, allowing players to mark cosmetic items as favorites, letting players choose random items for cosmetic equipment slots, etc. Players will no longer be limited to six emotes and they’ll be allowed to use all the emotes they own without having to choose which ones they wish to use.

When it comes to gameplay, the season four update includes a number of changes which have been listed in the official changelog on the developer’s website. All the gameplay changes are quality of life improvements which are expected to make the game more enjoyable and a lot less annoying. The update also includes a slew of bug fixes which are also expected to greatly improve the game overall.

On top of that, the update also includes changes to weapons and items, the game’s replay system, the art and animation, the game’s audio, overall performance, and changes to the mobile version.