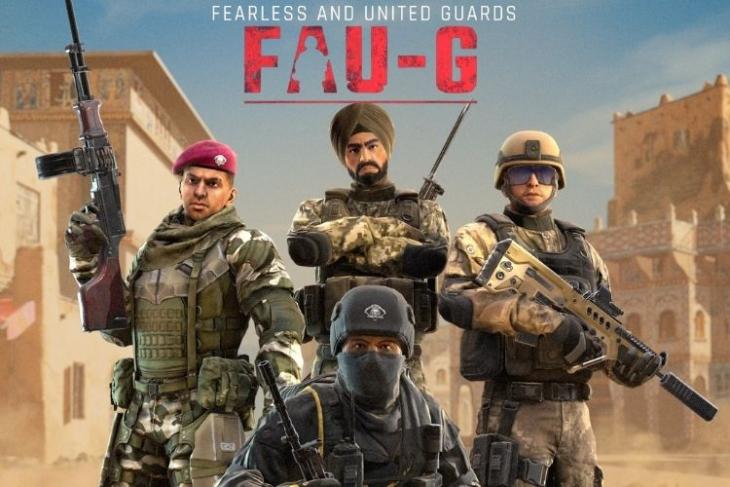 After missing its promised June 21 rollout date for the Team Deathmatch (TDM) mode in the made-in-India mobile game FAU-G, developer nCore Games recently teased that it’s coming soon. Well, to our surprise, the FAU-G TDM update has finally arrived in beta on Android today, and here’s everything you need to know about it.

nCore Games made the announcement of FAU-G’s TDM mode launch on Twitter. While everyone expected the TDM mode to arrive as an update for the original FAU-G game, which launched earlier this year, the TDM mode beta has been made available as a standalone title called FAU-G: Multiplayer.

With that out of the way, let’s take a quick look at all essential details about FAU-G’s multiplayer TDM mode:

How to Install and Play FAU-G TDM Mode on Your Android Phone?

If you are eager to try out the FAU-G TDM update, simply follow the steps below:

1. Head over to this link on your Android device to download the FAU-G: Multiplayer game in early access. 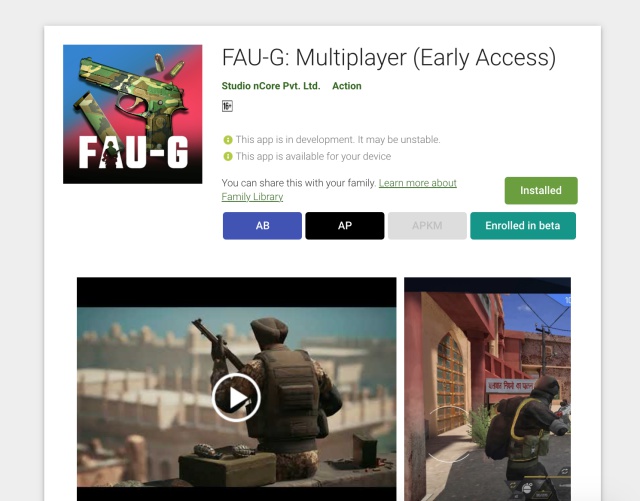 2. You don’t need to sign up to become a tester or anything. Simply tap on “Install” and start playing the game.

In its official tweet, nCore Games does say that there are only limited slots available in the FAU-G TDM beta. So if you couldn’t get into the beta test, here is a workaround to try out FAU-G Multiplayer on your Android device right now.

2. Once downloaded, open the Android file manager app of your choice and extract the ZIP files. Then, install the FAU-G Multiplayer APK on your phone. But do open the game right away. Tap on the “Done” button and go to the next step. 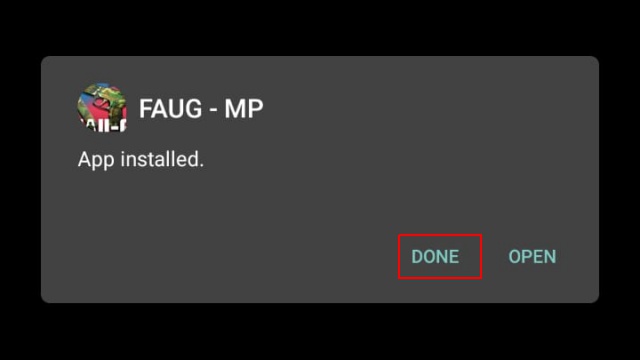 3. Now, copy the OBB file and move it to the /Android/obb folder on your Android phone. 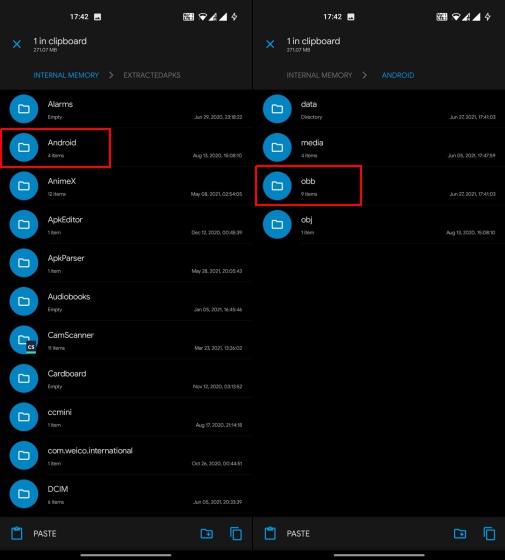 4. If there isn’t already a “com.ncoregames.faugmp” folder in this directory, you will need to create a folder with this name manually. Then, paste the OBB file in there.

Note: Make sure that the OBB file’s name is “main.21753.com.ncoregames.faugmp” if you’ve downloaded the files from any other source. If it’s not, rename it, or the FAU-G Team Deathmatch mode won’t load up.

5. Next up, long-press on the game’s icon from the app drawer and tap on the ‘i’ icon to access the App Info settings page. Here, make sure to give FAU-G: Multiplayer any required permissions before you open the game. 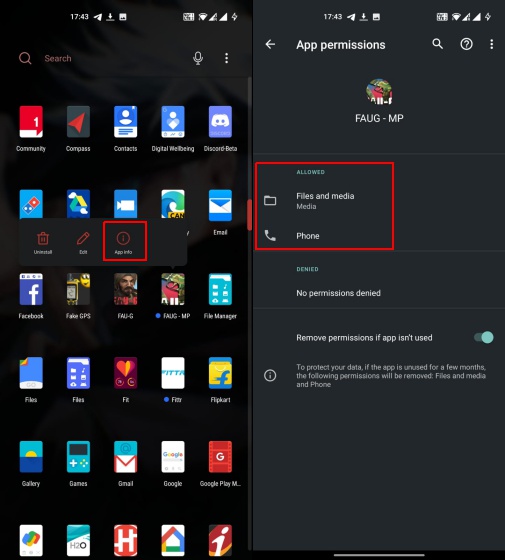 6. That’s all. Launch the game and enjoy playing the FAU-G TDM mode beta update on any of your Android phones.

What Is the Download Size of FAU-G: Multiplayer TDM Mode?

Coming to the most important section of this article, how is the FAU-G TDM gameplay? Is FAU-G TDM comparable to Call of Duty Mobile or PUBG Mobile (Battlegrounds Mobile India) TDM Mode? Well, the short and sweet answer to this question is NO.

FAU-G TDM Multiplayer beta is barebones and does not live up to the expectations of the growing number of Indian mobile gamers. The Team Deathmatch mode here doesn’t look anything like the cinematic teaser trailer shared by nCore Games couple-odd months ago.

When you launch the game, you are greeted by a first look at the one and only map that’s available in the FAU-G TDM mode beta test. It’s called Bazaar, and as the developers told IGN India, this map is reminiscent of the markets in Jaipur and Udaipur.

Now, Bazaar is a fairly large map with multiple entry and exit points on both sides. It will bring back childhood memories, reminding you of the Counter-Strike days. There’s also a number of vantage points and ample cover around the map, and I have no qualms there.

In FAU-G Team Deathmatch mode, you have the option to pick a specific loadout at the start of each round. You cannot buy weapons in the middle of the game. Each loadout consists of a primary weapon, a secondary weapon, and two grenades (one tactical and the other lethal).

You can edit the weapon loadouts from the home screen to match your playstyle. The developer gives you six preset loadouts, including one with an assault rifle, an SMG, a sniper rifle, and more. Here is the complete list of weapons (guns and grenades) you get in the FAU-G TDM mode update:

Next, let’s talk about what the FAU-G TDM mode gameplay is like. Once you tap the “Play” button and jump into a Team Deathmatch, you join four other players in a 5 vs 5 battle on Bazaar. The objective is to take down enemies and get 40 kills within the stipulated time limit. The team that gets 40 kills or has the most kills in 10 minutes wins the match.

Before the fight starts, you get to choose your weapon loadout. Don’t worry if you pick the wrong one or aren’t comfortable with it mid-match, you can choose a different loadout when an enemy takes you down and you respawn. Also, much like its more popular counterparts, PUBG Mobile and COD Mobile, players are invulnerable for a brief period after respawn (you are shrouded in a green glow). That’s fairly standard.

The game also has some Hindi quips, such as “Pehle prahar aapki team ke naam” (your team gets the first kill), “Double Dhamaka” (when you get two kills back to back), and more.

Talking about the controls and gunplay, there’s nothing new here. You have standard on-screen controls, but it’s disappointing to see that they are not customizable. Firing is set to auto by default, but you can choose to have a manual fire button on the screen. Talking of the gunplay, it’s not as smooth and polished as other shooter mobile games available in the market. Instead, it is really basic and doesn’t feel that satisfying.

You can spot the enemies marked in red from afar, but gunning them down may not be an easy task. I played couple-odd matches on my OnePlus Nord (running FAU-G TDM mode at around 60-70fps on medium graphics settings) with the AK-42 assault rifle and SVS 63 to get a feel of close-quarter and ranged combat. While the accuracy of the weapons felt off to me at times, the Bayonet melee weapon became my favorite companion for killing bots at spawn points. Yeah, that was my highlight of the FAU-G TDM mode today.

Yeah, the game is filled with bots at the moment. They act in two ways – Either they will see you from afar and headshot you for an instant kill, or they respawn and gather up at fixed spawn points on the map. You can easily hop between these spawn points to grab kills and grow the lead towards victory.

You can check out a short gameplay video for FAU-G TDM mode attached below:

Moreover, since FAU-G TDM mode is a multiplayer game, nCore Games should have put in the option to invite friends and play together as a team. The core essence of a multiplayer game is missing from this closed beta build. But we hope the developers will take this as feedback and introduce the option to add friends, invite them to your team and take down enemies together.

So yeah, that’s pretty much everything you need to know about the new FAU-G TDM mode that launched in India today. The gameplay is disappointing and does not live up to the expectations of mobile gamers in the country. It requires a lot of work and polish, including several important features such as the ability to invite friends to your squad, weapon attachments, and more. The game is currently in beta, and nCore Games seeks feedback from testers, so we could expect FAU-G TDM mode to be in better shape a few months down the road. Do you agree with us? What is your opinion on the FAU-G TDM mode update? Share your thoughts in the comments section down below.