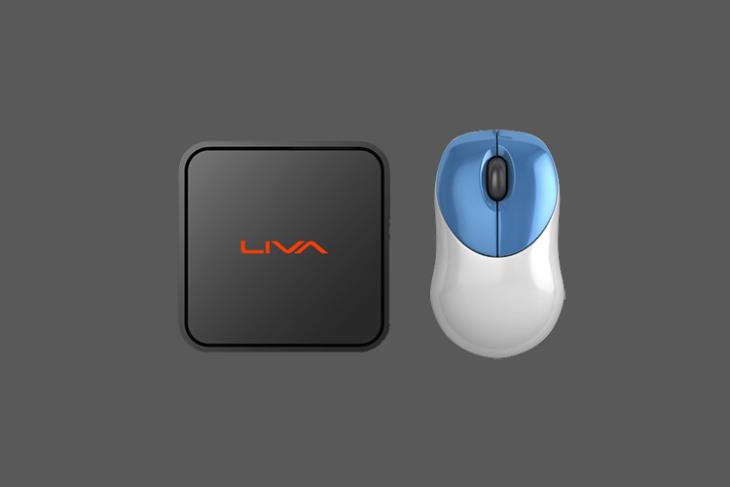 Taiwan’s Elitegroup Computer Systems (ECS) has released the latest mini PC from its lineup of compact PCs in India. The major highlight Mac Mini-inspired Liva Q from ECS is that it weighs only 260 grams and its compact size – barely as big as a Rubik’s cube – allows you to easily slide it into your (large-ish) pocket or bag and carry along wherever you go. The mini PC can be bought with Windows 10 pre-installed, though you can also buy one without any OS to install a Linux distro.

At the launch event, ECS announced that Liva Q is powered by Intel Apollo Lake processors – either Intel Celeron Processor N3350 or Intel Pentium Processor N4200. The ultra-compact PC uses a 4GB RAM and comes with options between 32GB and 64GB of internal storage which can be expanded up to 128GB with the help of a microSD card.

Despite the small form factor, the Liva Q does not omit standard ports and included a USB 3.1 port, a USB 2.0 port, and HDMI 2.0 input, and an Ethernet port. It also supports HDMI-CEC so that you can use your smart TV‘s remote to with the interface of the PC. It is also equipped with dual-band Wi-Fi and Bluetooth 4.1 so you don’t have to struggle with wires. It gets juice from a 12V/2A AC-to-DC adapter. Sadly there is no option for portable power, though we would have loved it. The tiny computer can also be mounted on the rear side of your desktop monitor using the provided screws.

The fact which makes it such an appealing product is that in spite of its humble dimensions, the Liva Q is capable of 4K video playback which makes it a good PC for students and can also be used for entertainment at home. It can also be a great device for those who travel a lot but cannot compromise their requirements from a PC.

The variant of Liva Q with Windows 10 pre-installed is priced at ₹15,500 while the DOS version comes for ₹13,500. You will be able to purchase the Liva Q at major e-commerce platforms and ECS’ authorized brick-and-mortar resellers.