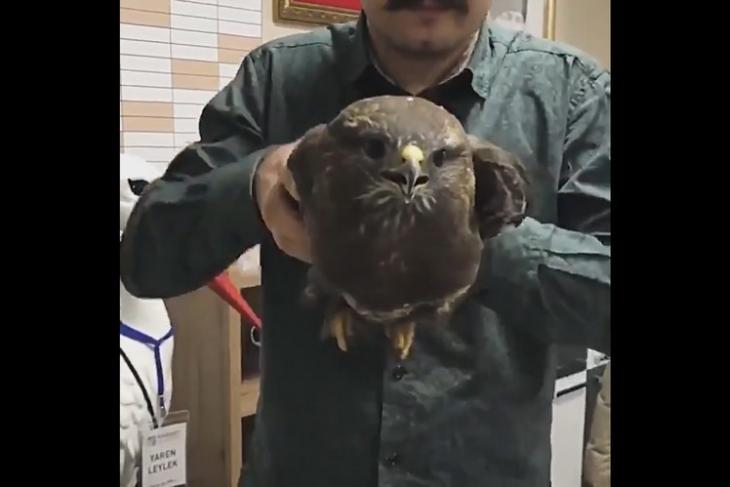 What humans develop with technology, nature creates in living beings. Well, this is perfectly apt for the video of an eagle recently put by the Twitter handle, Wonders of Science. In the video, the eagle is the perfect example of real-life optical image stabilization existing in nature since way before humans developed it.

For the unaware, optical image stabilization (OIS) technology allows users to take smooth hand-held video footage or crystal clear pictures with smartphones that come with built-in OIS. For instance, today’s most flagship devices like the iPhone 11 and 11 Pro series, the Samsung S20 series, and Google’s Pixel series, come with built-in OIS in their camera lenses. This uses the gyroscope to calculate the movement of the device and based on the calculation, it uses electromagnetic motors to stabilize the lens of the camera for a smooth video or a clear picture. We now even have a much more stabilized camera with the latest Vivo X50’s gimbal camera.

Now, the video (below), titled “Nature’s state-of-the-art stabilization”, shows the working of the said technology in a perfect way. In the video, a man is holding an eagle and moving it in various directions. However, no matter where the eagle’s body goes, its head is dead set on something the eagle is looking at (probably the camera lens).

We can see right here that when the man is moving the eagle’s body, it is almost as if its head and body are different from each other. This is probably because the eagle has to spot its prey and keep track of them from way above the sky. So, this feature of the bird helps it to keep a lock on their target. And this is also the exact same way that OIS works in our smartphones and cameras.