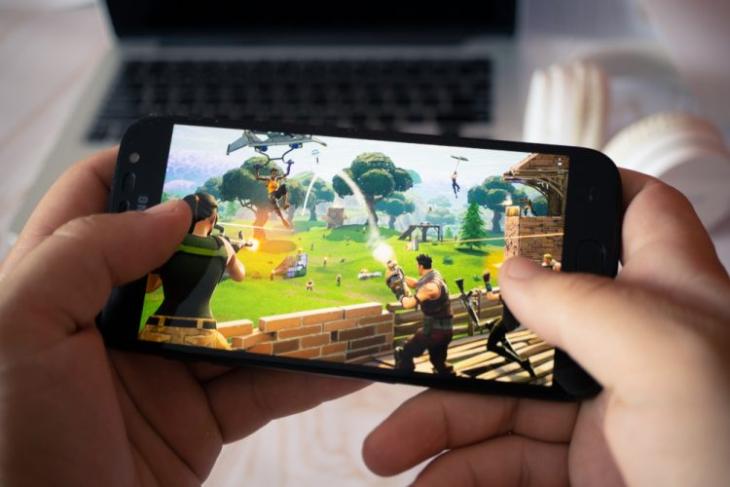 Close to two years after its official debut on mobile, Fortnite has found its way to the Google Play Store at last. The hit battle royale game was previously only available to download from the Epic Games website. The developer was strictly opposed to the idea of Google taking a steep 30% cut out of all in-app purchases until today. But, it has now surrendered and made Fortnite accessible to all via the Play Store.

Fortnite being made available via the Play Store is a compromise and Epic Games isn’t particularly happy about its decision. The company says that they were hit by a recent realization about how Google puts apps not available on its app marketplace at a huge disadvantage. It warns users of potential security dangers, though there may be none, along with blocking app installations from outside the Play Store.

To put these fears to an end and reach an even wider audience, Fortnite is now finally available to download from the Google Play Store. You can read Epic Games’ complete statement right here:

“After 18 months of operating Fortnite on Android outside of the Google Play Store, we’ve come to a basic realization.

Google puts software downloadable outside of Google Play at a disadvantage, through technical and business measures such as scary, repetitive security pop-ups for downloaded and updated software, restrictive manufacturer and carrier agreements and dealings, Google public relations characterizing third-party software sources as malware, and new efforts such as Google Play Protect to outright block software obtained outside the Google Play store.

Because of this, we’ve launched Fortnite for Android on the Google Play Store. We’ll continue to operate the Epic Games App and Fortnite outside of Google Play, too.” 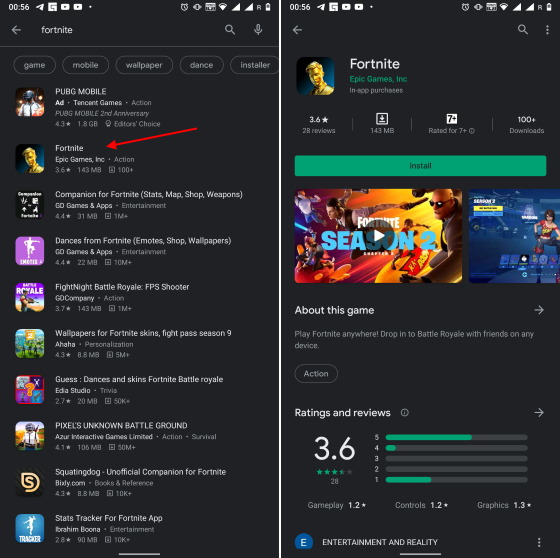 As seen in the screenshot above, a quick search for Fortnite on the Play Store will show that the game is now available for download. Google earlier displayed a banner up-top, alerting users that their favorite battle royale game wasn’t available on the Google Play Store. You can now head to this link to download Fortnite on your Android device. The game will also continue to be available via the Epic Games app, as usual.

When Fortnite launched on Android, Epic Games CEO Tim Sweeney was super vocal on revenue sharing practices of mobile app marketplaces. He called out Google for its high 30% cut for in-app purchases. The developer is rumored to have tried to negotiate with Google for an exemption but was turned down.

Ultimately, Epic Games had to throw in the towel but still hopes “Google will revise its policies and business dealings in the near future, so that all developers are free to reach and engage in commerce with customers on Android,” in an official statement.