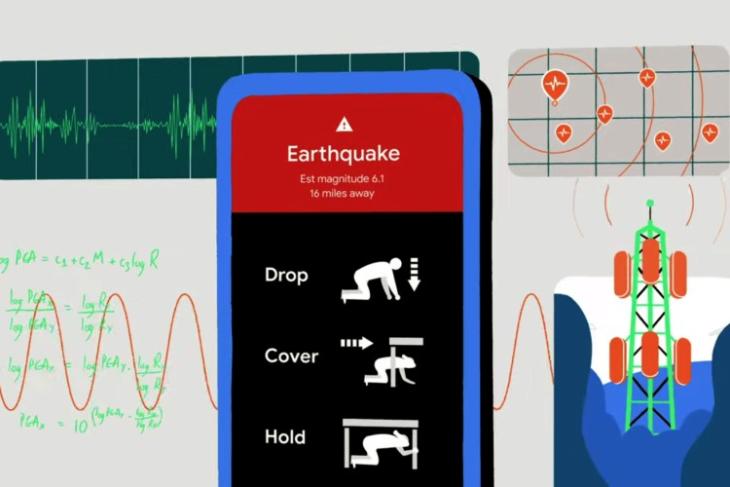 The frequency of seismic activity or earthquakes in India has vastly increased over the past couple of years. The cost of setting up the infrastructure for earthquake warning systems is pretty high. And for this reason, Google is leveraging the massive Android userbase to detect seismic activity and build an alert system around it.

Google’s latest project is dubbed the “Android Earthquake Alerts System” and it will turn your Android phone into a mini seismometer. You will be among one of the millions of mini seismometers (Android users) that will help build and better the “largest earthquake detection network,” as per the company’s blog post.

How will your Android phone act as a seismometer, you ask? Well, you might already know that almost every Android phone today comes baked with an accelerometer. This sensor “can sense signals that indicate an earthquake might be happening.” If the accelerometer aboard your phone detects any such signals, it will ping Google’s earthquake detection server along with your rough location (not your address or zip code) – to help determine the epicenter in real-time.

Google says it will combine signals coming from multiple Android phones in a region to determine if an earthquake is about to hit or not. This system will currently allow you to see a more accurate view of the general impacted area in Google Search. You will need to search for “earthquake” or “earthquake near me,” to see the same.

In the blog post, Google says that it has worked with “globally-renowned seismology and disaster experts – Dr. Richard Allen, Dr. Qingkai Kong, and Dr. Lucy Jones” to build this crowd-sourced approach to detecting earthquakes – that too using Android phones.

While this is the case for regions or countries where earthquake warning systems are not available, Google will now display fullscreen red alerts on Android phones in California. The state of California has over more than 700 seismometers installed. It has partnered with USGS and Cal OES to deploy this feature, which will be enabled by default. The fullscreen alert will show you the estimated magnitude, distance from the epicenter, and drop/ cover /hold instruction on your phone before the earthquake hits.