Skip to content
Home News Alarms Not Going off on Your Android Phone? The Google Clock App Might Be the Culprit! 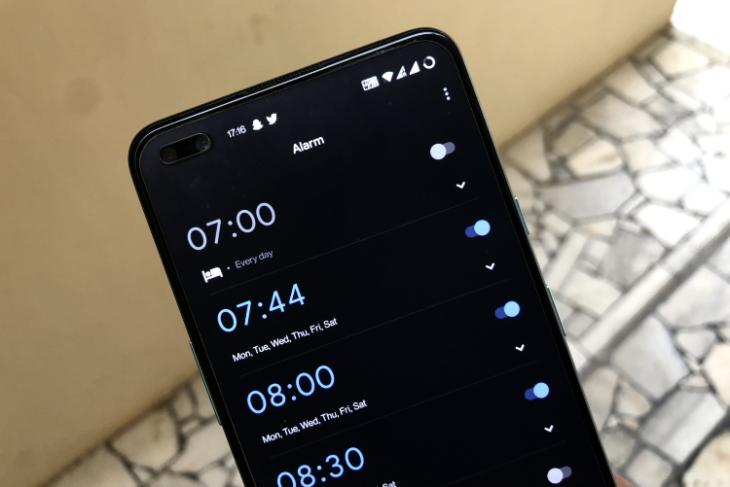 If you recently missed your morning meeting because your Android device did not ring the alarm, refrain from blaming your smartphone. It seems like you are not the only one facing this issue, which is related to the Google Clock app. As per several reports, the Google Clock app has a bug that is preventing scheduled alarms from going off on time, or in some cases, not play at all.

According to recent reports, many Android users are currently facing the alarm clock issue on the Google Clock app. Some of them took to Reddit to share the problems, while many users complained about it on Google’s official Issue Tracker forum.

Interestingly, the issue is also not confined to a particular brand of smartphones such as OnePlus or Oppo. Some Google Pixel users have also reportedly faced the Google Clock alarm bug on their devices recently.

Now, what is causing the problem? Well, Google has officially addressed the issue and there’s no issue from Google’s end. Instead, Spotify is to blame for the alarm block bug. Apparently, if you assign an alarm sound from Spotify when you set your alarms on the Google Clock app, the alarm(s) won’t go off. As per the Mountain View giant, “Spotify has acknowledged the issue and are rolling out a fix.”

So, if you do not want this bug to affect your routine, Google recommends not using Spotify songs for alarms in the Clock app. Moreover, the company mentioned that the Clock app will “gain resilience to this sort of issue” in the future.