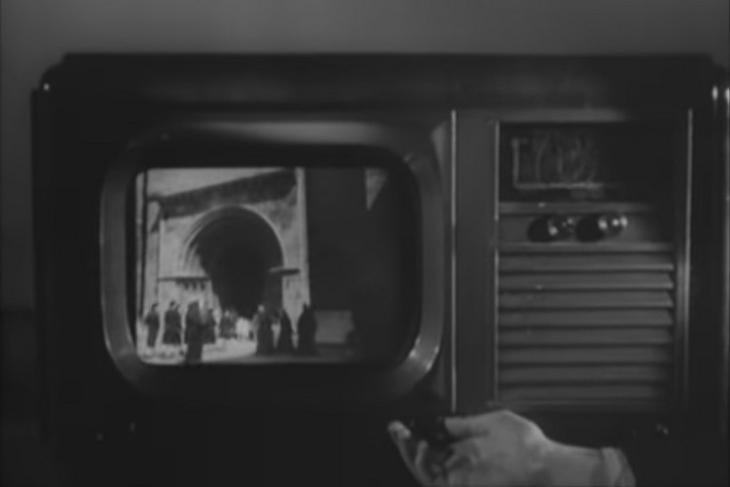 Since the evolution of technology, our obsession with screens has increased by many folds. In today’s world, most of us do not read physical newspapers or write our notes on physical paper. Instead, we have devices with screens like the pocket-sized smartphones or tablets like the iPad. Now, although this is our reality, it was just imaginative sci-fiction back in the 1940s. However, netizens have now found a clip of a 1947 French film that shows the addiction of humans to digital screens.

The 4-minute clip was recently tweeted by popular essayist and fiction-writer, William Gibson. In his tweet (below), he stated that the clip is “one extraordinarily accurate prediction in a work of science fiction” and he is “amazed” at the fact that he hadn’t seen it before.

This is one extraordinarily accurate prediction in a work of science fiction. This seldom ever happens. I’m amazed that I hadn’t seen it before today. https://t.co/Zbwe0xKn0E

The clip (below) in question is from a French film, “Télévision: Oeil de Demain”, which roughly translates to “Television: Eye of Tomorrow”. It is directed by a French film-maker, J.K Raymond Millet.

Now, although it shows the scenario of the 21st century, it released way back in the 20th century and is an adaptation of an essay written by famous French journalist and author, René Barjavel.

As you can see in the extract of the film, the clip perfectly depicts our obsession with screens and digital content. In some of the parts of the clip, you can see people walking on the streets completely immersed in a kind of hand-held mobile device. At a point, two men even bumped into each other for the lack of awareness. While in another scene, we can see a man tumble his car due to distracted driving.

So, these are the kind of situations that we can expect to see in today’s world. However, the fact that the film showed these back in 1947 is kind of unbelievable.