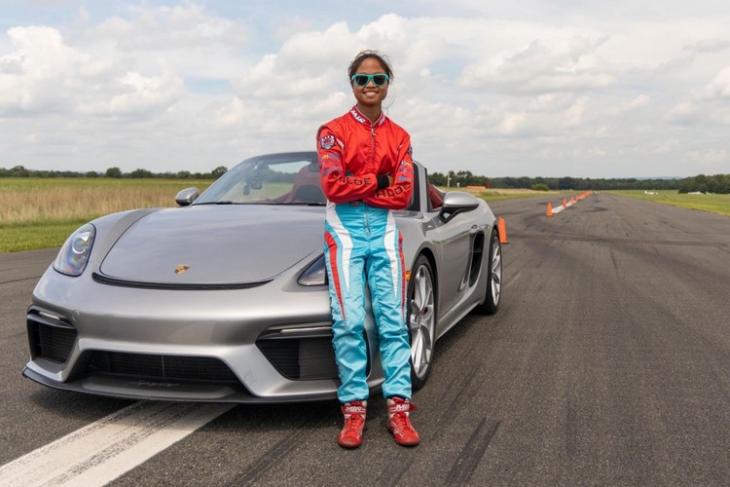 When I was 16, I was doing nothing but hanging out with friends, watching movies, and joking around all the time. However, as the world is not like me and my friends, there are 16-year-olds who are achieving things. And now, a 16-year-old teenager recently broke the Guinness World record for the fastest Slalom using a Porsche.

Chloe Chambers, the 16-year old girl has been driving racing karts since she was 11 and became the racing champion of her region by the time she was 8. Now recently, she took the wheels of a Porsche 718 Spyder to zig-zag through 50 cones placed on a road in record time.

Previously, the record was set by a Chinese resident, Jia Qiang back in 2018. The former record holder used a Chevy Camaro RS to go through the same kind of 50-cone road in 48.114 seconds. However, with the Porsche 718 Spyder, Chambers went through all the 50 cones in just 47.45 seconds.

The German car-makers congratulated the teenager with an appreciation post in their official newsroom.

“It looks easy, but it’s really not — to weave between 50 cones as fast as possible, trying to beat a record time and knowing I couldn’t touch a single one for the run to count — I definitely felt the pressure,” Chloe said in a statement.

“Everything came together on my final run; the car worked beautifully and I found the grip I needed. Thank you to my family and to Porsche for supporting and believing in me.”, she further added.