As someone who commutes to and from work by car every single day, I spend a lot of time in my car. So, it only makes sense to me to charge my phone while I drive almost 45 to 50 minutes to work every morning. As a result, I’ve used way too many car chargers (both wired and wireless) and car charging mounts over the years. Lately, I had gone back to using a regular charger for my iPhone with a USB to Lightning cable in my car. So, when we purchased Xiaomi’s Wireless Car Charger in the office, I was really excited to check it out. So I did, and it’s by far the best one I’ve used.

Use It or Don’t, It Looks Impressive

First things first, the design and build here are really impressive. Since it’s a phone mount that’s also a Qi-compatible wireless charger, it should be good looking because it literally sits there staring at your face when you’re driving, and this one looks really good. 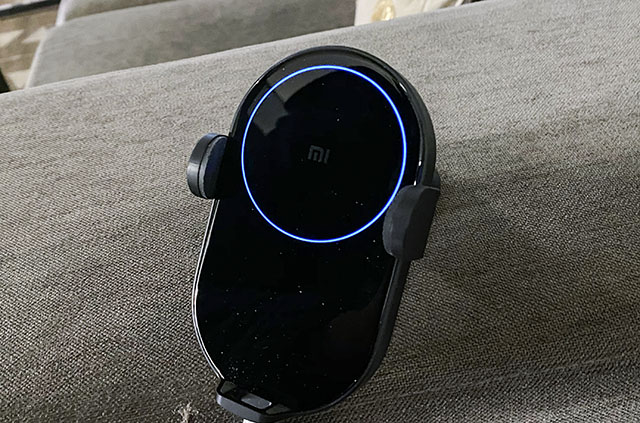 When in use, it’s great because it’s sturdy and holds the phone in place even if you hit bumps on the road (which, in Delhi, there are a lot), and when it’s not being used, it has a blue-LED light ring that glows softly, almost adding a really nice touch to the ambience of the car, especially when I’m driving back home after work at night.

A Fan to Keep Things Cool

Not that I need this in the winter we’re having here in Delhi right now, but the Xiaomi Wireless Car Charger comes with a fan to ensure that things remain cool.

It does need that, though. Wireless charging produces a lot of heat, that’s something I used to notice with my Galaxy S10 as well, and with the iPhone it’s no different. However, this wireless charger comes with a fan and a metal heat sink as well.

Now, I haven’t really seen this in action much because in the winter, things are cool by default, but Xiaomi says that the fan here can intelligently speed up or slow down based on how hot things are getting. That, combined with the heat sink should definitely keep everything under control, temperature-wise. 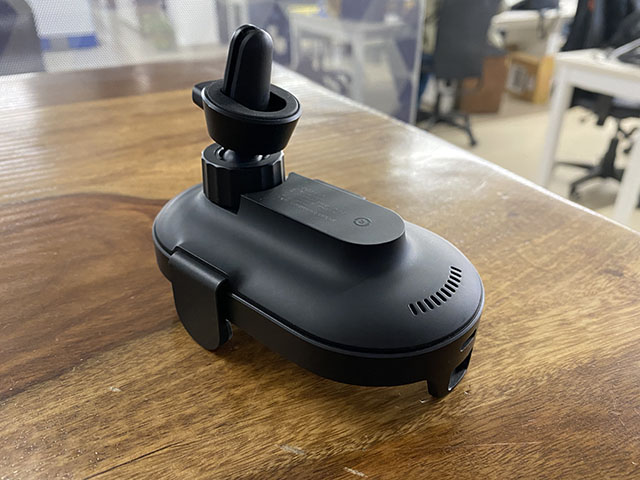 There are a bunch of other protective features baked in here as well. There’s protection against short-circuits, and over-current, and obviously there’s over-heating protection as well.

Mounting My Phone Is Almost Magical

You know that scene in Harry Potter where Harry accidentally makes the glass at the reptile house vanish, making his cousin fall into a Boa Constrictor’s cage? Harry later says to his Uncle “It was like magic” — that’s kind of the feeling you get when you bring your phone close to the Xiaomi Wireless Car Charger and see the arms open up automatically. Except it isn’t magic, it’s just sensors and motors doing their thing.

I know what you’re thinking — that’s not new. In fact, there are a lot of options on Amazon that show exactly this functionality in wireless car chargers. It’s exciting to me though, because this is by far the most well responding and fast to open and close car charger I have seen. That, along with the satisfying noise the motor makes as the clamp opens and closes is just great.

The Xiaomi Car Charger also comes with support for 20W fast wireless charging for supported smartphones, which means if you have a phone that supports fast wireless charging at 20W, this will fast charge it with ease. What’s more, it can wirelessly charge your phone through most phone cases as well, which is also really great,

Personally, I use an iPhone, which doesn’t support 20W wireless charging. Apple does claim support for 7.5W fast charging but even so, the company has restricted 7.5W fast charging (if you can even call it that) to a handful of manufacturers including Logitech, Anker, Belkin, and others. Basically, I was getting my iPhone charged at presumably 5W, which is annoying, but it’s not something I can hold against the charger as much as I hold it against Apple for being so damn stubborn about the most silly things.

That said, I did test it out with the Galaxy S10e, which supports 15W fast wireless charging. The phone does show that it’s fast charging wirelessly when placed on the charger, and in my 43 minute drive from work to home, the S10e went from 15% to 53% which is pretty solid.

Lastly, let’s talk about the price. Xiaomi sells this wireless car charger for 169 Yuan in China, which is almost equivalent to around Rs. 1700, and that’s a solid price for everything it offers. Fast wireless charging, great design, excellent build, it has got it all. The only problem is that it’s not available in India, and to get it you’ll have to order it from a website like Banggood where it will not only be priced much higher, but also take around a month to get delivered. Still, if you’re looking for one of the best, decently priced wireless car chargers out there, I’d suggest you buy this one.