Here’s the List of top 10 most pirated TV shows of 2012 based on their average downloads of every single episode,

This list shows that the most pirated TV show is certainly not the most viewed on TV. The Big Bang theory, which ranks 4th on the list  grabbed the maximum attention in TV viewership in 2012. 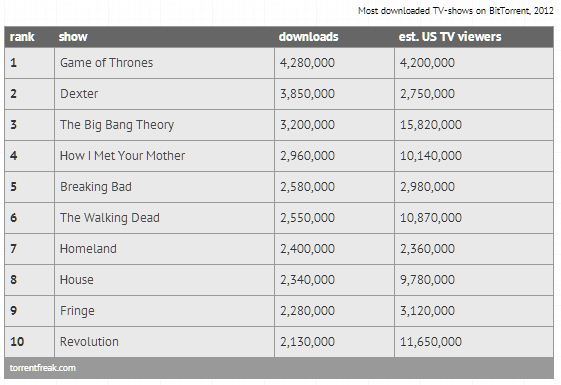 Btw, Which one are you downloading right now? tell us in comments.