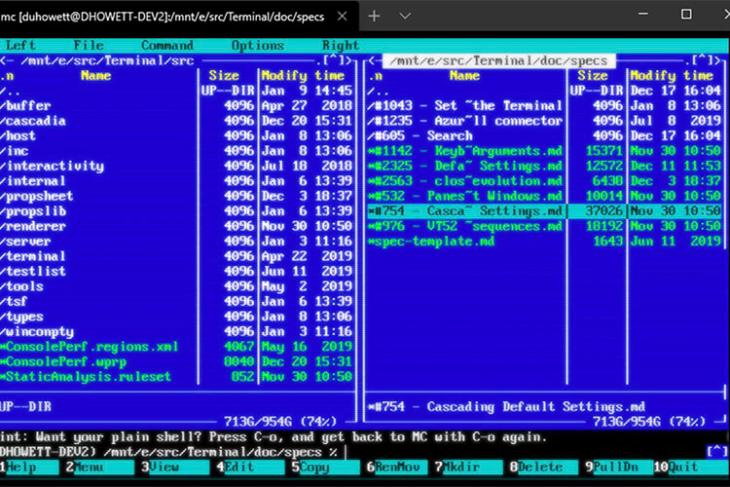 Originally released last year, the Microsoft Windows Terminal app has been getting a steady stream of updates. Now, the company is bringing a new update to the app that’s going to bring a bunch of new novelty-ish, nostalgia-inducing features.

First off is the CRT-like effects which will introduce things like CRT-like scan lines to the terminal. Don’t worry though, you will still be able to get back to the regular terminal if the new design is not to your liking.

Alongside that, the terminal app is set to get some new functionality. Users will be able to search through all the tabs open in the app to get input and outputs from different commands. Users will also be able to specify custom key bindings to open profiles and even apply the same setting across all terminal profiles.

The update is expected to roll out to everyone on January 14, following which you’ll be able to enjoy the new CRT effects (if that’s something that you’re interested in), along with all the new features that Microsoft is bringing to the Terminal app on Windows 10.

So, are you interested in checking out these new features when they are added to the Windows 10 terminal? Do you remember what those CRT monitors and TVs were like? Let us know in the comments down below.