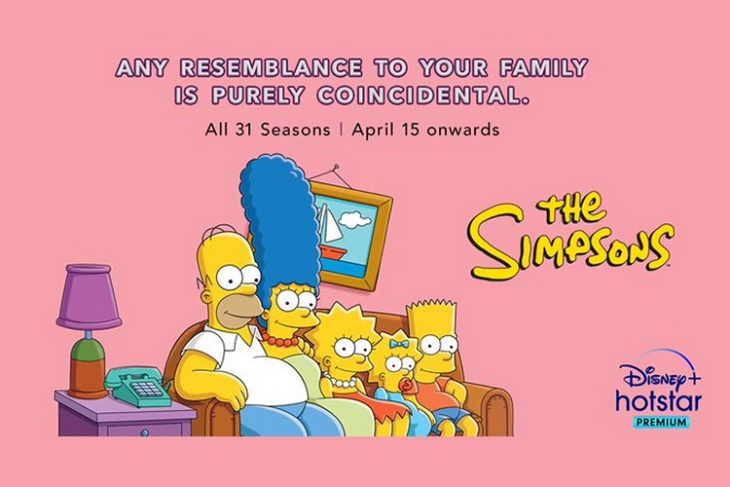 The Simpsons, the wildly popular cartoon depicting the lives and times of a dysfunctional American suburban family, will be available for streaming on Disney+ Hotstar in India. All 31 seasons of the show, as well as ‘The Simpsons Movie’ from 2007, will be available on the revamped new app from April 15, but only for premium subscribers.

According to NDTV Gadgets, a recent short-film based on The Simpsons, called Playdate with Destiny, will also be available, although there’s no confirmation about another short film from 2012, called The Longest Daycare. The announcement was made late last night via the official Disney+ Hotstar account on Twitter.

Take a break from your family for the world’s favourite family.
The Simpsons. All 31 seasons. April 15 onwards. pic.twitter.com/Z3w8SQn3uQ

As reported by NDTV, the 12th season of The Simpsons was published on Disney+ Hotstar on the launch day itself, but it was later withdrawn with the promise to make all the seasons available on the platform by the end of the month. Now that it has arrived a couple of week earlier than expected, fans of the show can binge on more than 600 episodes of America’s longest-running TV sitcom that depicts the working-class life of the Simpson family, which consists of the bumbling Homer, his wife Marge, their children Bart, Lisa and Maggie, their dog Santa’s Little Helper and cat Snowball.

The rebranded Disney+ Hotstar was launched in India at the height of the coronavirus pandemic earlier this month with the promise of a whole host of new content from the Disney catalogue, including Star Wars, High School Musical, Marvel, Pixar, National Geographic and more. The service has been priced starting at Rs. 299 per month for the Premium tier and Rs. 399 per month for the VIP tier.