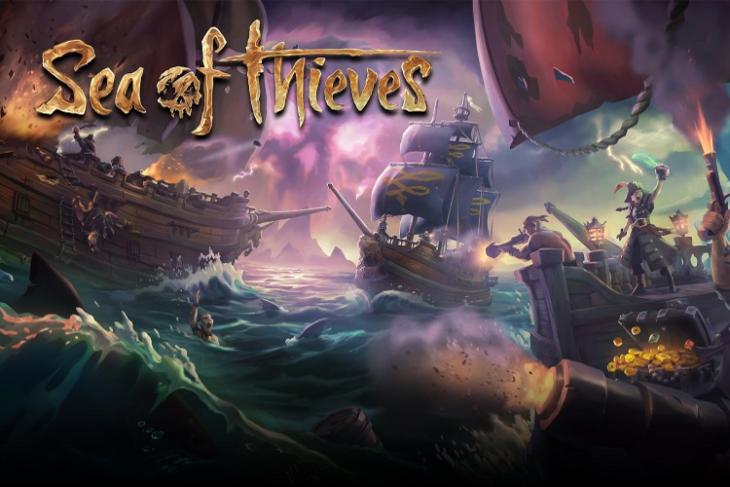 Sea of Thieves is one of the year’s most anticipated games. The pirate-themed game recently went on a closed-beta in the end of January, and the staggering results of the game drew its comparisons with the current best in the gaming industry, PUBG. While we already know that the game will come on Xbox, and will be sporting the Xbox One X Enhanced features, the developers have revealed the required PC specifications as well, and they certainly look appealing.

As announced by Rare Studios in an official blog post, the team has revealed the system requirements for running Sea of Thieves on Windows PCs. As evident from the list below, the game is set to support almost every system out there to enhance its multiplayer user-base. 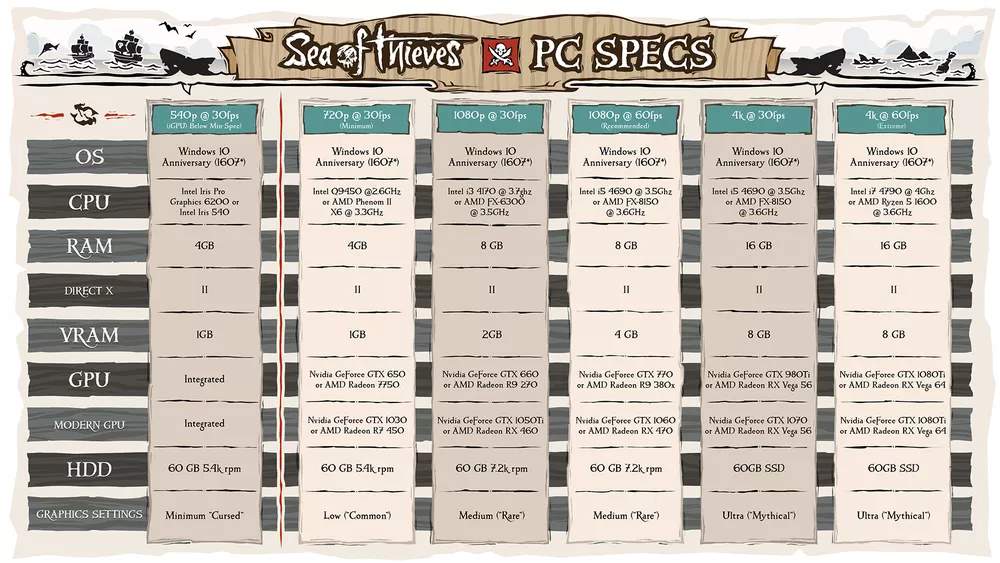 The company promised that the game would also run on “potato PCs” as well, and looking at the minimum required specs for the game, you will be able to run the game on an Intel Iris Pro Graphics 6200 or Intel Iris 540 CPU with integrated graphics at 540p and cruise at a stable 30fps. However, if you’re someone with a beastly gaming rig, fret not, as Sea of Thieves comes with one of the best visual environments offered by a game.

We can see that a minimum of 4GB RAM and 60GB of storage is common across all settings, with the only exception of the CPU and GPU used. Also, the minimum requirements also suggest that your system should be running at least the Anniversary Update of Windows 10.

Personally, I feel it is a nice touch that Rare Studios has optimized its game in order to support users with crappy PCs as well. As stated by the Studio, they wanted to deliver a great version of the game even for those with computers below our official minimum spec.

Our rendering team set themselves the goal early on of “how low can we go”, sometimes also referred to fondly as “getting the game running on a potato”, which is why we want to deliver a great version of the game even for those with computers below our official minimum spec. The game is perfectly playable at 540p, and one of the advantages of Xbox Play Anywhere is that if you own an Xbox One AND a low-spec laptop you can still take full advantage of it, and we absolutely encourage it! Of course, if you have a beast of a rig running at 4k/60, we’ve got you covered with the best looking #GreatWater, and everything in between!

I, for one, am extremely excited to try out Sea of Thieves on my Windows 10 PC when it’s launched on March 20. But what about you? What settings will your PC be able to handle? Let us know in the comments down below.