Origin has quickly become very popular amongst the gaming community. It offers its customers the ability to purchase Electronic Arts’ exclusive titles such as FIFA, Battlefield, Need For Speed and many more AAA titles. Furthermore, it offers great deals on older games as well. Oh, and lets not forget, the supreme Origin Access, that provides access to multiple titles for a very low membership fee of $4.99/month or $29.99/year. Digital distribution of games is deemed to be much better since its technically permanent and cannot be lost, as opposed to the traditional physical discs. Origin offers the digital distribution of its games in the best way possible. That being said, Origin is only limited to EA’s titles, and other titles are not available for digital purchase on it. If you are a PC gamer looking for portals to purchase new games digitally, here are the top 7 Origin alternatives you can use:

Probably the biggest game marketplace on earth, Valve’s Steam is the undisputed champion of digital distribution of games, offering more than 15,000 games for its users. Steam offers great deals on various products, including the annual Steam Summer Sale which provides further discounts. 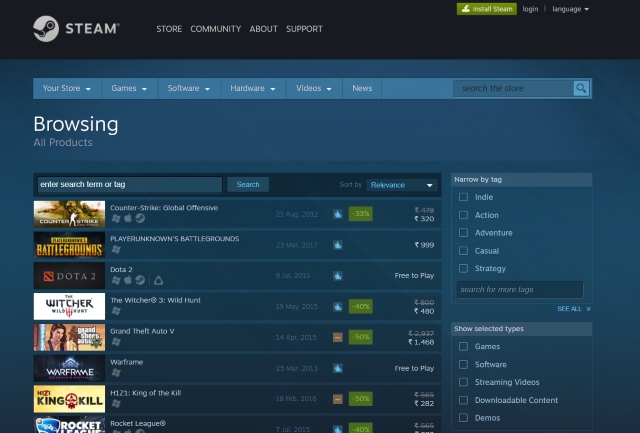 Like Origin, Steam has its own app that provides seamless and easy download of all purchases made. Steam is generally the first one to receive any games, plus it offers the best support for any game developing company, thus making it the only digital download source for such games in most cases. If you want to explore the huge catalog of PC games, Steam is certainly the best option to go with.

Good Old Games or GOG is a digital distribution website for games, which focuses particularly on classic and old games, which date back to the 1980s. In the midst of forever evolving technology, we often forget how great those old games used to be. It might be just for the nostalgia of it, but GOG offers access to all those old childhood games. Heck, games that were the best sellers at the time when most of the gamers today weren’t even born. 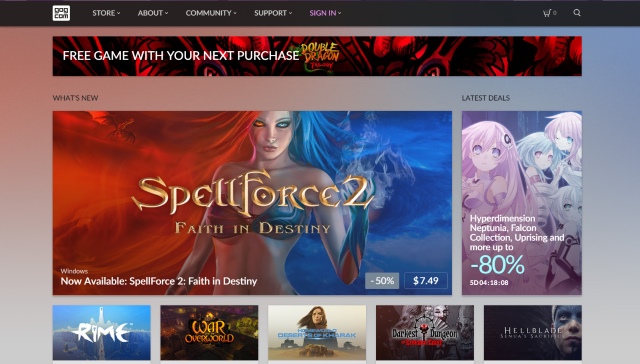 The interface on GOG is very similar to that found on EA’s Origin. GOG focuses on providing games which do not feature the digital rights management (DRM) and has further optimized its game catalog and runs them in DOSBox format, so that whichever game you choose to buy, works on any modern machine you wish to run it on.

Mainstream gaming is great, especially for multiplayer, since everyone is playing it. But after a while, you just want to try out something different, something fun in it’s own weird way. That’s exactly where the indie genre comes in. The thought process, the vibrant graphics, engrossed gameplay and a different ideology of looking at things is what defines the indie genre. If you are someone looking for the best indie games, ITCH.IO is the best portal to satisfy your desires. Focused directly at the indie genre, ITCH.IO offers a huge catalog of over 60,000 indie games.

EA Origin does focus on indie games as well, but ITCH.IO takes that focus to a whole new level. While ITCH.IO offers games focused on just a specific genre, it is nonetheless one of the best digital games distributors. For what it’s worth, indie genre is something that needs to be promoted more, and ITCH.IO seems to be doing it pretty well.

While the previously mentioned GOG focuses on bringing classics to the modern systems and ITCH.IO focusing on indie genre of games, Green Man Gaming lacks a focused system like this. Despite that, Green Man Gaming is currently the number two digital game distributor worldwide. How, you ask? The answer is pretty simple. Deals, deals and more deals. While Steam offers its major sales once per year, Green Man Gaming has all round sales on all of its titles. 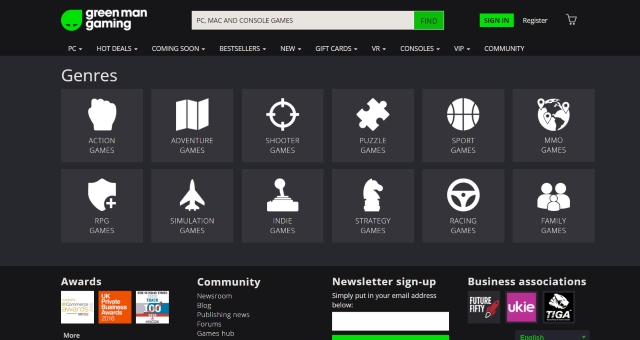 Browsing through the various games in the library is such an easy task on Origin, and Green Man Gaming maintains the same functionality. Green Man Gaming has been around for quite some time now, and everyone who loves saving a few bucks off their pockets is definitely fond of this website.

Furthermore, your Green Man Gaming account doubles up as an account for Playfire as well, the social network for sharing one’s gameplay achievements. Despite having the same games as other portals, Green Man Gaming might just be able to offer you the best deals, making it a strong contender.

Made famous for its ‘bundles’, the Humble Store is another great Origin alternative for purchasing digital copies of games online. While the video library is full of games linked to Steam only, the Humble Store does focus primarily on DRM-free games. Furthermore, similar to the marketing tactics of Green Man Gaming, the Humble Store offers superb sales all year round. 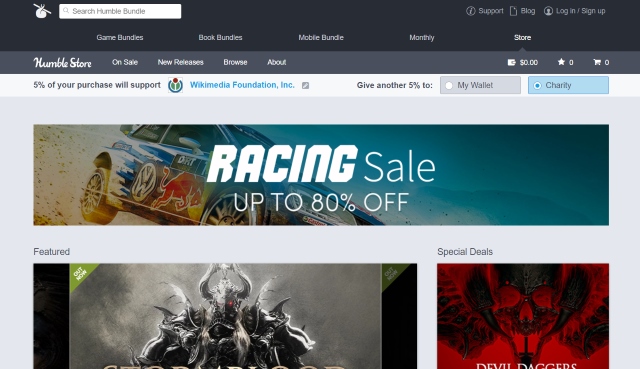 The Humble Store donates 5% of all purchases made to the Wikimedia Foundation. In addition to all the sales, The Humble Store, like Origin, also offers great bundles that make up for most of their sales. If you’re looking to buy loads of games together, make sure to check out the bundles and offers here.

As mentioned previously, Steam is the king of digital game distribution, and in order to become a worthy competitor, one must have something unique about themselves. While many rely on offering straight up discounts, GamersGate have introduced their own virtual currency, the Blue Coin. Basically, customers earn digital credit in the form of blue coins for every purchase, plus small bonuses for participating in the GamersGate community, like posting game reviews or answering help topics. Blue Coins can then be used in place of real money for any digital purchase on the site.

While Origin does offer select games on being part of the Origin Access, it still requires a paid membership, while GamersGate provides freebies to its members for just being an active member. While the game catalog that GamersGate offers is not that big, the Blue Coin system is certainly a feature that sets it apart. Basically you get rewarded for simply being a part of the gaming community, and those rewards can be redeemed for new games. Definitely worth a shot in my opinion.

While the above mentioned websites should do more than enough to provide you with the huge plethora of games available for the PC master race, there are other portals out there as well that offer various deals across some titles that the mainstream websites mentioned above might not. Direct2Drive, which was initially IGN’s old game store, now runs as an independent business, which provides an alternative to digital game distribution sites. While it may not have the best deals as compared to its competitors, it still offers same great discounts on games not available otherwise. Another great alternative is the Windows Store, that hosts majority of the games made for the Windows platform, as well as some Xbox titles that were ported for the PC.

SEE ALSO: How to Increase Download Speed of Games in Origin

The Best Origin Alternatives Out There

While Origin is a great software for experiencing the AAA titles, it is limited to the titles produced by Electronic Arts only. If you’re interested in experiencing other titles as well, and prefer digital download to physical discs, our list pf the best Origin alternatives should come in handy for you. So, try them out and let us know the service you are using in the comments section below.

15 Best Games on Origin You Should Be Playing