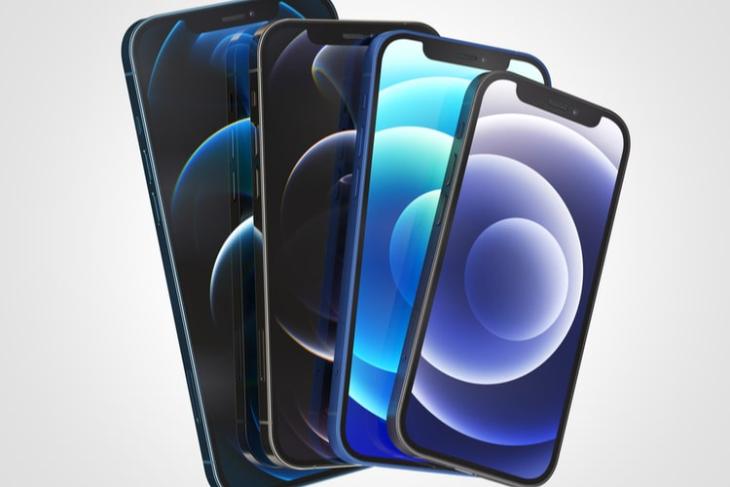 After Apple launched the iPhone 12 series last year, rumors about the next-gen iPhones, possibly the iPhone 13 series, started to emerge online. Previously, we saw reports from reliable Apple analyst Ming-Chi Kuo stating that the upcoming iPhone models will feature a smaller notch and 120Hz display. Now, as per recent leaks, the 2021 iPhone models are likely to pack bigger batteries. Additionally, another report states that more than 50% of the iPhone models will support mmWave 5G this year.

The battery capacities of three iPhone 13 models were recently shared by reputable tipster Digital Chat Station on the Chinese micro-blogging site Weibo. As per the leak, the iPhone 13 series, presumably with model numbers A2653, A2656, and A2660 will pack a 4352mAh battery, a 3095mAh battery, and a 2406mAh battery, respectively.

Amongst these, the A2653 model packs the highest-capacity battery and will most likely be the higher-end iPhone 13 Pro Max. So, if this actually is true, it will be a significant bump in battery capacity as compared to the smaller 3687mAh battery inside the current iPhone 12 Pro Max. That’s close to an 18% increase in battery capacity.

On the other hand, similar to last year, the iPhone 13 and the 13 Pro are slated to pack the same 3095mAh battery pack. This will also be a significant bump from the 2815mAh units in its predecessors. The third battery unit, which has a 2406mAh capacity, will likely power the iPhone 13 Mini and will be bigger than the 2227mAh battery inside the current iPhone 12 Mini.

Now, despite the bump in battery capacities, the battery lives of the devices are unlikely to improve. The extra power will be dedicated to the rumored 120Hz Pro-Motion display, a novelty feature that Apple is expected to finally carry over from its iPad Pro models to the iPhones. However, considering the power efficiency of Apple’s chipsets, the next-gen A-series chip should further improve the battery life to some extent.

Apart from the battery details, another report from Macrumors (source Digitimes) states that 50% of the iPhone 13 models that will ship later this year will support mmWave 5G connectivity. The Cupertino giant currently supports mmWave 5G for all of the iPhone 12 models sold in the US.

This is also in line with previous rumors supported by Kuo that states mmWave 5G will be supported in more countries such as Japan, Australia, Canada, and others.

However, it is worth mentioning that nothing has been made official by Apple yet. The Cupertino giant is expected to hold the anticipated WWDC 2021 next week, where it will unveil iOS 15, macOS 12, and other OS upgrades. So, we suggest you take these leaks with a grain of salt.